Says granting time will be an economic disaster. 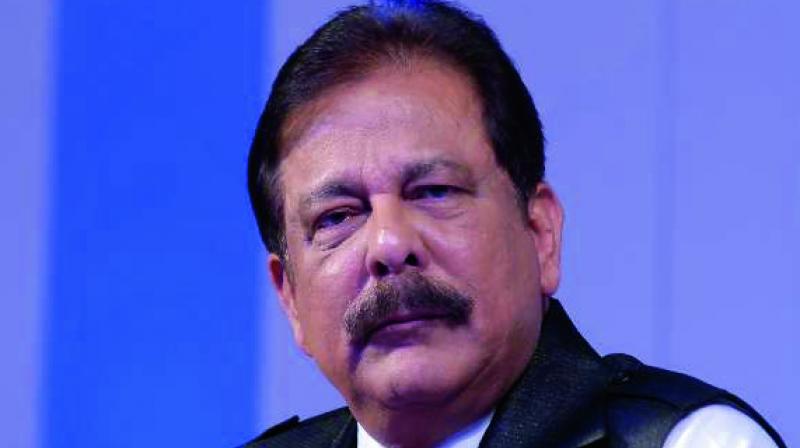 New Delhi: The Supreme Court on Tuesday directed Sahara chief Subrata Roy to deposit Rs 1,500 crore by September 7, including Rs 305 crore, the outstanding amount as per the earlier direction.

In April, Mr Roy was asked to make an initial payment of Rs 1,500 crore to SEBI towards repayment of principal amount and Rs 552 crore by July 25.

During the resumed hearing before a Bench of Justices Dipak Misra, Ranjan Gogoi and A.K. Sikri, senior counsel Kapil Sibal appearing for the Sahara chief told the court that `305 crore was outstanding. He said that two hotels in New York had been sold and proceeds were expected within a fortnight. He wanted time till August 12 to deposit Rs 305 crore and another 18 months to clear the balance amount towards the principal.

Counsel Pratap Venugopal for SEBI told the court that out of the principal amount of Rs 24,000 crore due to the depositors, there was still an outstanding amount of Rs 9,179 crore and despite giving repeated time, the contemnor was not depositing the amount.