Parents of the deceased child who died battling cancer kept begging for an ambulance, but were not provided one. 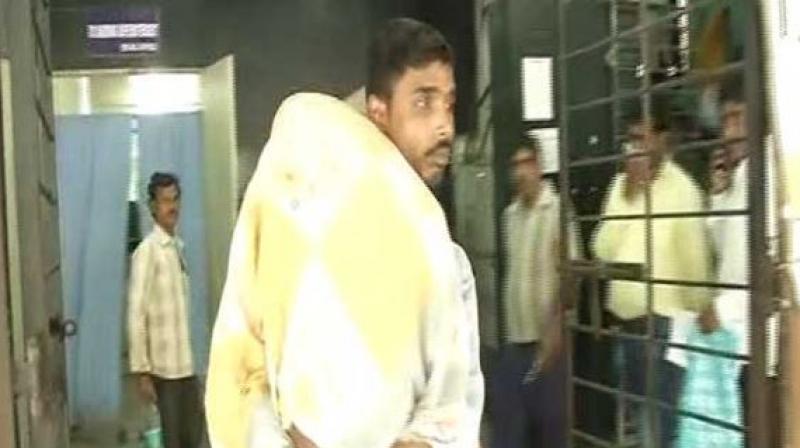 After losing all hope of help, Kumar carried his son on his shoulder. (Photo: ANI)

Patna: In a heart-wrenching incident in Patna, a father was forced to carry the dead body of his five-year-old son on his shoulder after hospital authorities allegedly refused to provide him with an ambulance.

Parents of the deceased child, who died battling cancer at the Indira Gandhi Institute of Medical Science here on Wednesday morning, kept begging for an ambulance, but were not provided one.

"We had been coming here for last seven months for the treatment of our child. Since we ran out of money, we asked the nurse to arrange an ambulance. The nurse told us to speak with the superintendent. However, the superintendent told us to go to the Red Cross. I have no idea where the Red Cross is and how to get an ambulance," said Sunil Kumar, the father of the child.

After losing all hope of help, Kumar carried his son on his shoulder. After walking a few steps, he broke down and put the body in his wife's lap.

Seeing their pain people sympathised, but adamant Kumar took his son on his shoulder to highlight his anguish over the shameful behaviour of the hospital authorities.

A few months back, a labourer was forced to carry the body of his 15-year-old son over his shoulder on being denied help a government hospital in Uttar Pradesh's Etawah District.

The incident also brought back memories of Odisha's Dana Majhi, who carried his dead wife on his back last year when he was allegedly denied a hearse by hospital.