Leader of the Opposition, said the BMC has become 'a private limited company' which protects the interest of a handful of people. 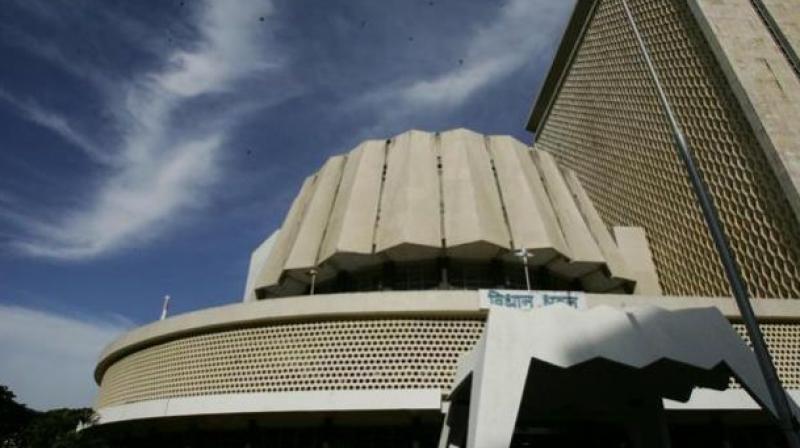 The opposition in Maharashtra Assembly stuck to its demand for an immediate discussion on the incident and forced the three adjournments of the House, rejecting the government's proposal to discuss the matter later in the day. (Photo: File)

Mumbai: The building collapse in Mumbai's Ghatkopar area which left 17 dead figured in the Maharashtra assembly on Wednesday with the opposition Congress and NCP demanding stringent action against those responsible for the tragedy.

The opposition stuck to its demand for an immediate discussion on the incident and forced the three adjournments of the House, rejecting the government's proposal to discuss the matter later in the day.

The opposition targeted the Brihanmumbai Municipal Corporation (BMC) over the incident alleging that the Shiv Sena-dominated civic body had turned a blind eye to the residents' complaints about the unauthorised works being carried out on the ground floor of the ill-fated building.

They repeatedly referred to the arrest of Shiv Sena worker Sunil Shitap in connection with the building collapse.

Leader of the Opposition, Radhakrishna Vikhe Patil, said the BMC has become 'a private limited company' which protects the interest of a handful of people.

"The BMC should become a public service body that will protect the interest of the common man," he said.

In a dig at the Shiv Sena, which controls the civic body, he said "There are some people in the power who are responsible for this tragic accident."

He wanted the government to take stern action against everybody involved in it and asked the ruling BJP not to try to protect its ally (Shiv Sena) in the matter.

Ajit Pawar of the NCP wanted those responsible for the building's collapse to be charged with culpable homicide.

"Sunil Shitap (arrested in connection with the building collapse) is said to have links with the Shiv Sena and he has misused his clout to make changes in the building," Pawar said.

NCP member Jitendra Avhad said, "It is the negligence and carelessness of the BMC staff that has led to the building's collapse."

BJP MLA Raj Purohit said the residents of the collapsed building had earlier met the civic officials to complain about the renovation going on there but they were threatened by Shitap.

At the outset, the opposition demanded an immediate discussion and a statement from the government on the incident.

The government, however, proposed to hold the discussion later in the afternoon.

Vikhe Patil sought to know what was the reason behind the delay in making a statement on the floor of the House over the incident.

Parliamentary Affairs Minister Girish Bapat said, "The government is willing to make a statement followed by discussion on the issue at 4 pm. If the opposition accepts the proposal, we can do so."

The opposition parties, however, refused to accept the suggestion and stuck to the demand for an immediate discussion over the incident.

Amid the din, the chair adjourned the House twice for 10 minutes each and then for another 15 minutes.