A group of men forced 3 men to chant Jai Shri Ram and pushed them off a moving train after thrashing them. 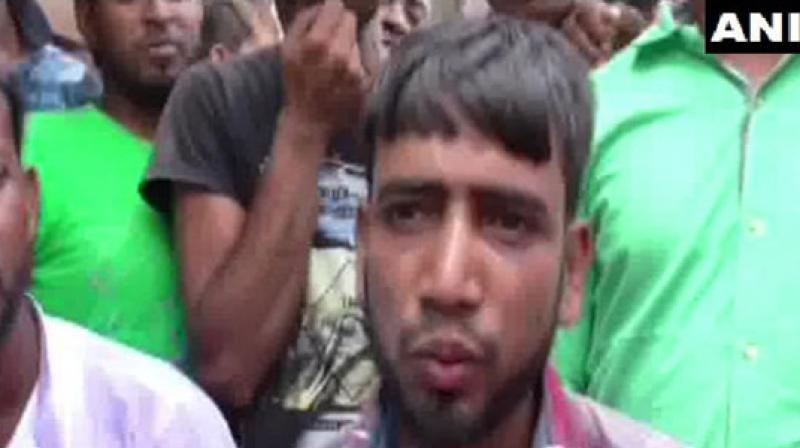 Recalling the ordeal, Mullah, said he wanted to chant the slogan he was asked to, but couldn't as the mob was continuously thrashing him. (Photo: ANI)

Mannah Mullah, one of the victims, was traveling with six people from Canning in South 24 Parganas district in West Bengal to Hooghly. A group of men entered their compartment and began forcing them to chant Jai Shri Ram. When refused, the men started beating Mullah and his companions.

Recalling the ordeal, Mullah, while speaking to ANI, said he wanted to chant the slogan he was asked to, but couldn't as the mob was continuously thrashing him.

"Seven of us were attacked by a group of people, although I tried to chant 'Jai Shri Ram' I could not because they kept beating me up. Then they pushed me off the train with two more people," he mentioned.