According to police report, the wife, Tanvi Seth, had not been living in Lucknow for past one year but was residing in Noida. 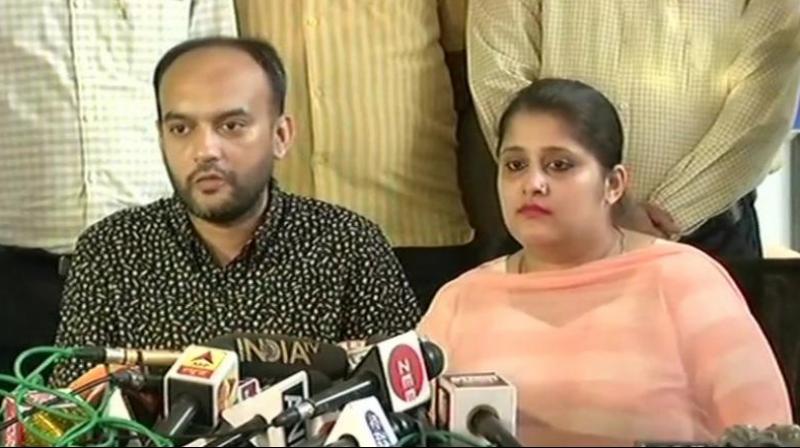 Tanvi Seth, who got married to Mohammad Anas Siddiqui, was asked to change her name and religion. (Photo: File/ANI)

Lucknow: The local police on Tuesday sent its report to the Regional Passport office over an incident involving an inter-faith couple who were allegedly humiliated by an official.

According to the report, the wife, Tanvi Seth, had not been living in Lucknow for past one year but was residing in Noida.

Senior Superintendent of Police Deepak Kumar told reporters that according to rules, applicants should be residing at the address filled in the application for at least one year but Seth had not followed the rules.

"We have sent our report to the RPO. She was not living in Lucknow for past one year. She was living in Noida and doing some work there," the SSP said.

The couple had alleged that Passport Seva Official Vikas Mishra asked the husband to convert to Hinduism and pulled up the wife for marrying a Muslim when they went there to file passport applications.

When asked whether police would take any action against the couple, the SSP said, "We have to submit verification report on six-seven points only. We have sent our report. Now, the RPO will take the appropriate decision."

The matter came to light when Mohammad Anas Siddiqui and Seth, who have been married for 12 years, wrote about their ordeal on Twitter and tagged External Affairs Minister Sushma Swaraj on June 20.

A day later, the Regional Passport Office in Lucknow transferred Mishra and issued passports to the couple.