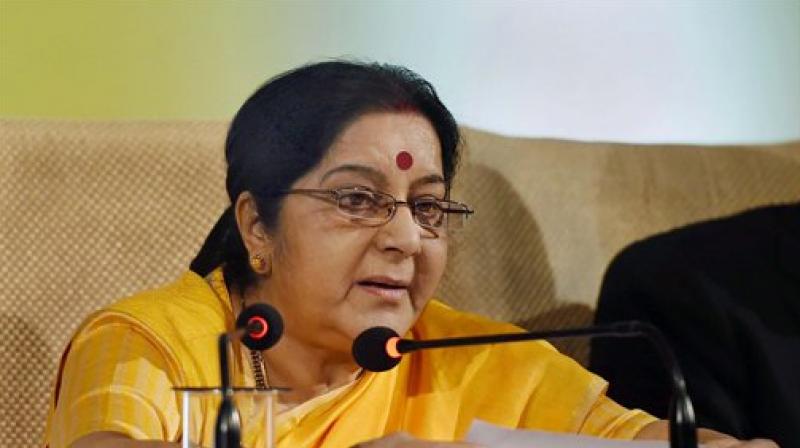 New Delhi: In the first face-off over the coming presidential polls, external affairs minister Sushma Swaraj posted a video on Sunday of a 2013 Lok Sabha speech in which former Speaker Meira Kumar, now the Opposition’s presidential candidate, was repeatedly interrupting her, then Leader of the Opposition, thus indicating a partisan approach. In the April 2013 speech, Ms Swaraj had accused the UPA government of corruption.

“This is how Lok Sabha Speaker Meira Kumar treated the Leader of the Opposition,” Ms Swaraj tweeted, and posted a link to the six-minute-long video. In it, Ms Swaraj is seen questioning Ms Kumar’s neutrality.

The former Speaker is challenging NDA presidential candidate Ram Nath Kovind in the presidential election, that seems to be more a fight of ideologies than numbers as Mr Kovind’s election is virtually assured. However, the Opposition parties have propped up their candidate to fight for “secularism”, contending that Mr Kovind was a hardcore RSS loyalist.

In the 2013 speech, Ms Swaraj attacked the then UPA government over alleged financial scams and called it the most cor-rupt government since Independence.

Ms Kumar is repeatedly heard saying “thank you” and “all right” to Ms Swaraj, indicating that the MP should wind up her address.

The former Speaker is the daughter of former deputy prime minister Jagjivan Ram. She was the first woman Speaker of the Lok Sabha. Her name emerged as a consensus candidate of the Opposition parties after much deliberations when Mr Kovind, a dalit, was fielded by the NDA.