The Punjab CM also said the state govt has increased compensation for crop damage from Rs 8,000 per acre to Rs 12,000 per acre. 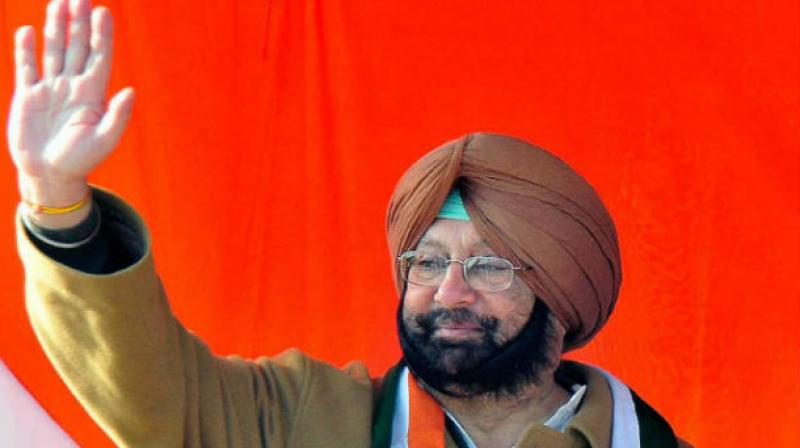 Jalandhar: Chief Minister Amarinder Singh on Sunday said the Punjab government had waived crop loans of up to Rs 2 lakh of farmers and this had benefitted more than 10 lakh tillers in the state.

"The decision will benefit marginal and big farmers. Moreover, the government has repealed Section 67 A of the Punjab Cooperative Societies Act, 1961, which provides for auction and kurki of a farmer's land (auction of mortgaged land)," he said in Jalandhar.

The waiver has benefited 10.25 lakh farmers and it has been decided to take over the outstanding crop loans from institutional sources of the families of farmers who committed suicide in the state, the chief minister said.

"The state government has increased the compensation for crop damage from Rs 8,000 per acre to Rs 12,000 per acre, and has arranged for hassle-free procurement of grains at Punjab's markets," he said.

Congress leader Satnam Singh Kainth said the government has taken many decisions for the welfare of farmers in the state. "Some states have announced to waive farm loans up to Rs 1 lakh and Rs 1.5 lakh with the support of the Centre. But Punjab has decided to waive loans up to Rs 2 lakh," he said.

However, state BJP spokesperson Rakesh Shantidoot said the promises made by the state government have not been able to rid the farmers of their debt. "The Congress government should work towards complete waiver of loans," he said, adding the state should also work towards making the agricultural sector profitable.