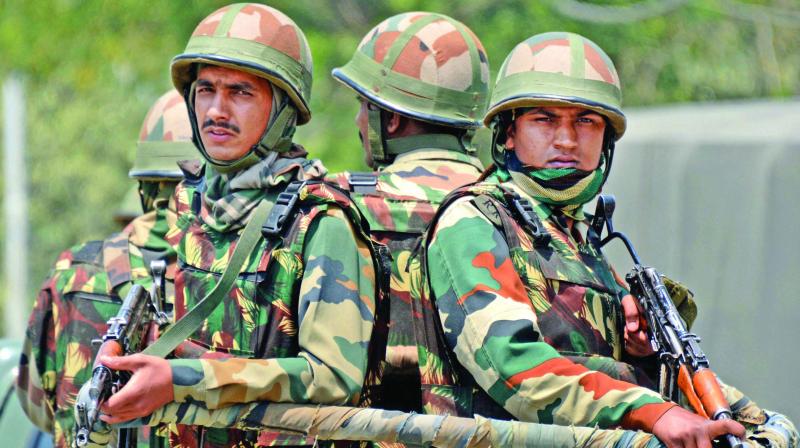 New Delhi: The Army is considering recruiting civilian staff in peace stations to do away with the colonial-era Sakayak system, in the wake of rising cases of jawans coming out openly against it.

A top Army official, however, said the Sahayaks or buddy system — whereby a solider is attached to officers — will continue to be deployed in key bases and field areas as they have defined military duties. “We are looking at getting civilian staff to replace Sahayaks in peace stations,” the official said.

In the recent months, a number of videos had surfaced where some Army jawans were seen voicing their anger over the Sahayak system, with some even alleging that they are treated as servants by the officers whom they are attached to. The official said the option of deploying civilian staff at peace stations instead of Sahayaks will help the Army in economising on its man power as well.

“Currently, we are examining various aspects of the option,” he said, insisting Sahayaks cannot be replaced in field units. In March, the government had strongly defended the Sahayak system in the Army, saying it provided an “essential support” to officers. At the same time, the government had said Sahayaks or orderlies are combatants and exhaustive instructions have been issued to not make them perform menial tasks which are not in conformity with the dignity of a soldier. An annual conference of top Army commanders in April had held extensive deliberations on the Army’s “internal health” including on Sahayaks, and decided to reorient the human resource policy of the force.

Sahayaks are soldiers and their duties include protecting officers, maintaining their weapons and equipment and helping them carry out their responsibilities.

In March, the body of a jawan, Roy Mathew, was found hanging at Deolali cantonment in Maharashtra after a sting video, which showed him saying he was made to do household chores, went viral.