The Centre has taken note of the rise in coronavirus cases in the North East region. 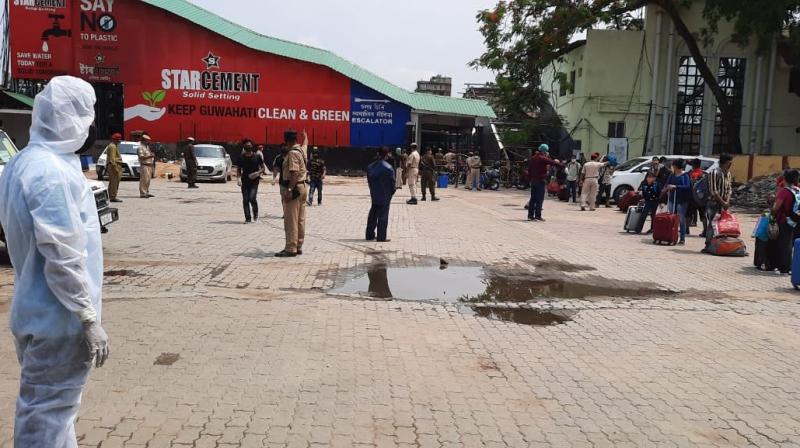 Travelling in the times of corona.

Just weeks after Union Minister Jitendra Singh hailed five North Eastern states for being Covid free, the situation now seems to be changing for the worse, as thousands of stranded people make their way home potentially carrying the virus with them.

According to reports, the Centre has taken note of the rise in coronavirus cases in the North East region and has asked the state governments to follow strict protocols to curb the pandemic.

"Another person who had travelled from Chennai along with the 14th case has turned out to be COVID19 positive. The person was in isolation since the day of arrival. Person is presently in Resubelpara under institutional isolation and medical observation (sic)," Chief Minister Conrad Sangma tweeted.

Earlier, there were 12 other positive cases, out of which one died on April 15. Notably, the rest 11 cases came from within the family of the deceased -- a well known doctor in Shillong -- and his private hospital's staff. All of them, fortunately, recovered from the infection.

In a worrying development, Nagaland, one of the five North Eastern states that was declared Covid-free, recorded its first cases of the virus on Monday.

Principal Secretary, Home, Abhijit Sinha said that a total of 1,331 samples were  tested and three returnees -- a woman and two men -- tested positive for Covid-19.

Moreover, a man, who returned from Chennai recently, tested positive for coronavirus on Tuesday, taking the total number of active cases in Nagaland to four.

Altogether, 1,328 people, who were stranded in different parts of Tamil Nadu due to the lockdown, had arrived in Nagaland in a Shramik Special Train on May 22.

In Manipur, three more persons tested positive for coronavirus, taking the total number of cases in the state to 39. Of the 39 patients, four have recovered while 35 are under treatment. The three new patients had returned from Chandigarh, Delhi and Assam's Jorhat, sources said.

Sikkim, too, now has an active coronavirus case after dodging the virus menace for over two months.

Sikkim reported its first case on Saturday after a 25-year-old student who recently returned from Delhi tested positive for the disease. The sample of the student was sent to North Bengal Medical College and Hospital in Siliguri for testing and it came out to be positive.