India   All India  26 May 2020  IAF's legendary 18 Squadron to be re-operationalised on Wednesday
India, All India

The legendary 18 Squadron, also known as ‘Flying Bullets’, will be based out of Sulur AFS. 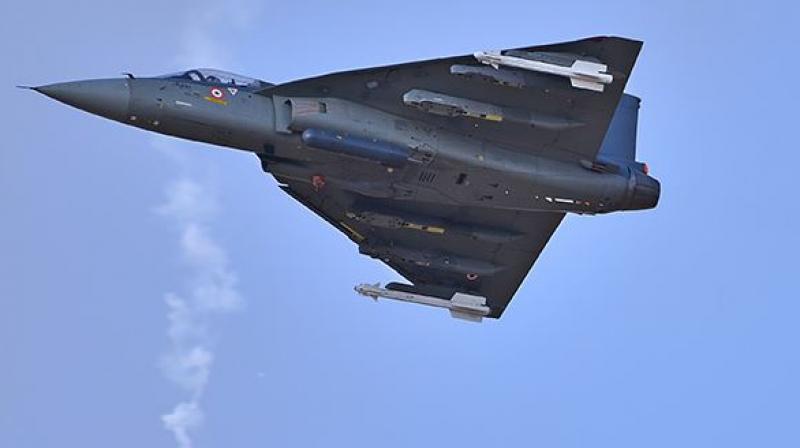 New Delhi: The Indian Air Force’s 18 Squadron, which earned the nickname of Defenders of Kashmir Valley for being the first to land and operate from Srinagar, will be operationalised once again on Wednesday at Air Force Station Sulur near Coimbatore.

The squadron actively participated in the 1971 war with Pakistan and was decorated with the highest gallantry award ‘Param Vir Chakra’ awarded to Flying Officer Nirmal Jit Singh Sekhon posthumously.

The Chief of Air Staff, Air Chief Marshal RKS Bhadauria, will operationalise 18 Squadron, also known as ‘Flying Bullets’. The squadron will be equipped with LCA Tejas FOC aircraft and will be the second IAF Squadron to fly LCA Tejas.

In IAF jargon, a squadron which is bereft of aircraft is not retired but ‘number-plated’. This means that the squadron exists and could be revived when aircraft are available.

Tejas is an indigenous fourth generation tailless compound delta wing aircraft. The aircraft is equipped with fly-by-wire flight control system, integrated digital avionics, multimode radar and its structure is made out of composite material. It is the lightest and smallest in its group of fourth generation supersonic combat aircraft.

On 14th December 1971, Flying Officer Sekhon had defended the Srinagar airfield from a wave of six Pakistani Sabre aircraft. He engaged a pair of the attacking Sabres. In the fight that ensued, he secured hits on one aircraft and set another on fire. By this time the other Sabre aircraft came to the aid of their hard pressed companions and Flying Officer Sekhon’s Gnat was again outnumbered, this time by four to one. Even though alone, Flying Officer Sekhon engaged the enemy in an unequal combat. In the fight that followed, at tree top height, he almost held his own, but was eventually overcome by sheer weight of numbers. His aircraft crashed and he was killed.