Karnataka effect in UP: Will BJP magic fail in 2019?

The outcome of the Karnataka Assembly elections has boosted Opposition unity in Uttar Pradesh. 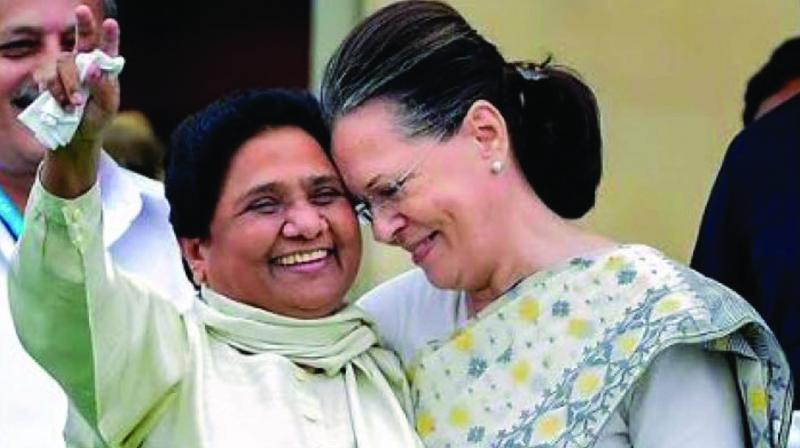 Lucknow: With the clock ticking away for the 2019 Lok Sabha elections, the BJP faces major challenges in Uttar Pradesh — the state that helped the party get its biggest-ever majority in the 2014 Lok Sabha and then the 2017 Assembly elections.

In order to form the next government at the Centre, the BJP will have to rely on increasing numbers from Uttar Pradesh which sends 80 members to the Lok Sabha. However, the renewed Opposition unity after the formation of JD(S)-Congress alliance government in Karnataka is an ominous sign for the BJP. The growing bonhomie between past political rivals for taking on the saffron party is also visible in the campaign for the May 28 Kairana Lok Sabha by-poll in which all anti-BJP parties have decided to support the Rashtriya Lok Dal candidate.

A major challenge that the BJP faces in the state is the growing resentment against its 71 MPs. According to an internal survey report of the BJP, more than 40 out of the 71 party MPs in Uttar Pradesh are facing a strong anti-incumbency in their constituencies. A majority of the MPs are facing the ire of voters for their absenteeism.

Top leaders, including Murli Manohar Joshi, Keshav Maurya and Hema Malini have even faced “missing” posters in their own constituencies.

“The problem with BJP MPs is that they have stopped working in their constituencies and are banking solely on the Modi magic to get re-elected. The MPs are known more for making statements rather than ensuring that the government's schemes are properly implemented. We know those MPs and the party will take a decision in this regard,” admitted a BJP functionary.

The biggest challenge, however, is the coming together of the Samajwadi Party and the Bahujan Samaj Party that is threatening the supremacy of the BJP in Uttar Pradesh. With the Congress and Rashtriya Lok Dal set to join the SP-BSP combine and challenge the BJP with joint Opposition candidates in the 2019 Lok Sabha elections, the BJP will face an uphill task in retaining its present tally of 71 seats.

The BJP has already tasted defeat in Gorakhpur and Phulpur Lok Sabha by-elections where SP-BSP contested together.

As it is, dalits in western Uttar Pradesh are upset with the BJP after last year’s dalit-Thakur clashes in Saharanpur and the  party’s pro-Ambedkar stance does not seem to be working.

Dalits feel that they have been wronged and their Bhim Army leader Chandra Shekhar has been wrongly jailed for the past one year. The murder of another Bhim Army leader, Sachin Walia, earlier this month has fuelled an undercurrent against the BJP.

“The BJP talks of Ambedkar and then allows Ambedkar statues to be desecrated all over the state. Dalits are now intelligent enough to understand how they are being fooled,” said Sukhdev Gautam, a schoolteacher in Shamli. 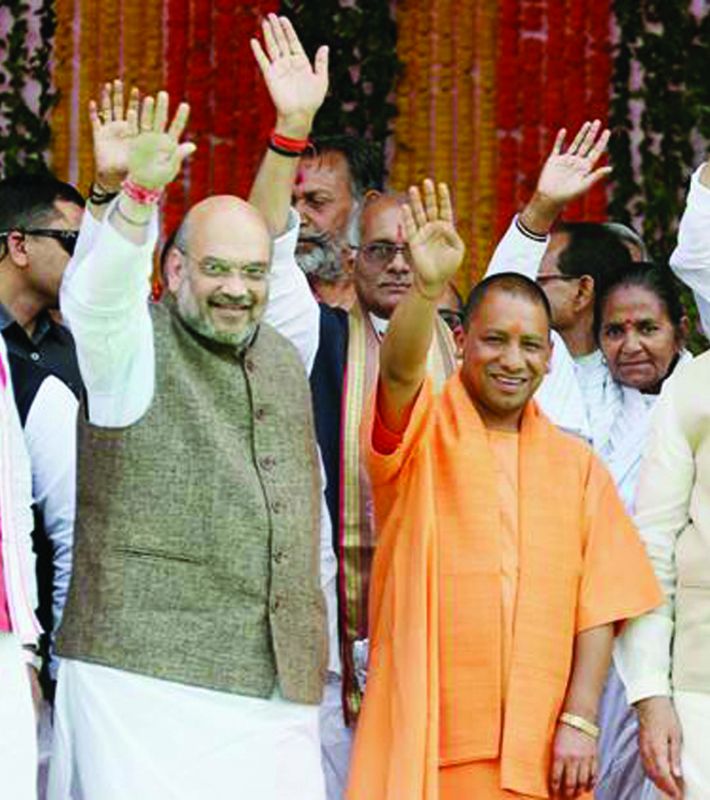 BJP chief Amit Shah with UP CM Yogi Adityanath at a rally.

The jats, another major vote bank in western Uttar Pradesh that can turn the tide, are also upset with the BJP over the quota issue.

“We have been betrayed by the BJP. The cases lodged against our youth during the Haryana stir on reservation have not been withdrawn and neither have we been given the promised reservation,” said Satyavir Tyagi, a farmer in Muzaffarnagar.

In Purvanchal, too, there is anger against the BJP and in Gorakhpur, the home of chief minister Yogi Adityanath, people openly claim that BJP will win only if he contests himself.

Mr Adityanath may have proved to be a vote catcher for the party in Gujarat, Tripura and Karnataka, but in Uttar Pradesh he is facing the heat over poor administrative machinery.

Despite his strict orders, there is no respite from illegal mining in Bundelkhand. His scheme to provide sweaters, shoes and socks to schoolchildren has come a croppe due to delays.

Video clips of corrupt cops have gone viral on the social media and BJP leaders openly complain that officers do not comply with their orders.