India   All India  26 May 2018  Nod for new TV channels after PMO intervention
India, All India

Chairman of Isro and I&B secretary were also present at the meeting which was chaired by the cabinet secretary. 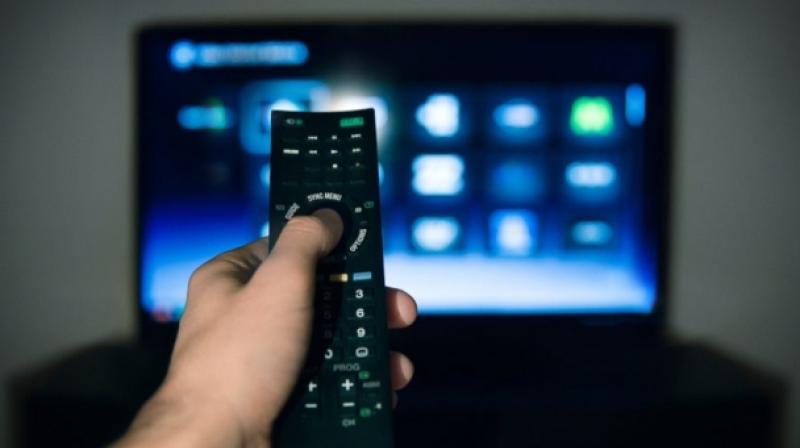 The restart of the process for giving fresh licences has come as a big relief for broadcasters who have arrangements with the foreign satellite operators. (Representational image)

New Delhi: After the intervention of Prime Minister’s office, the process of giving out licences to new television channels — stalled for the past year — has been restarted by the Union information and broadcasting ministry.

Among the first batch of channels that have been cleared are three channels, Aastha Kannad, Aastha Tamil and Aastha Telugu, controlled by yoga guru Baba Ramdev’s Patanjali group.

Over the past few months, applications for either new channels or change in the name of existing channels had been rejected by the department of space (DoS), with a direction to broadcasters operating on foreign satellites to start using Indian satellites due to “security” reasons.

The restart of the process for giving fresh licences has come as a big relief for broadcasters who have arrangements with the foreign satellite operators.

The three proposed channels of Baba Ramdev will also be using foreign satellites.

Out of 725 active channels, only about 150 are on Indian satellites.

Sources said that in meeting held in PMO recently it was decided that Isro will send a letter to I&B ministry within this week that they should not withhold any of the application.

Chairman of Isro and I&B secretary were also present at the meeting which was chaired by the cabinet secretary.

Also, it was decided that Isro will examine impact on broadcasters if they were to discontinue their long term agreements with the foreign satellite operators.

It is learnt that the PMO’s move to relax the provisions for new channels came in an effort to promote ease of doing business and after many repeated petitions by the industry.

Industry sources said that the trouble for the broadcasting sector began after the I&B ministry in October last year reverted to the erstwhile practice of referring all applications seeking uplinking permission, or change of teleport and/or satellite in respect of TV channels to DoS for its “no objection”.

Various industry bodies pointed out that the practice had resulted in permissions being denied to a majority of new channels and existing channels which had applied for new permissions.