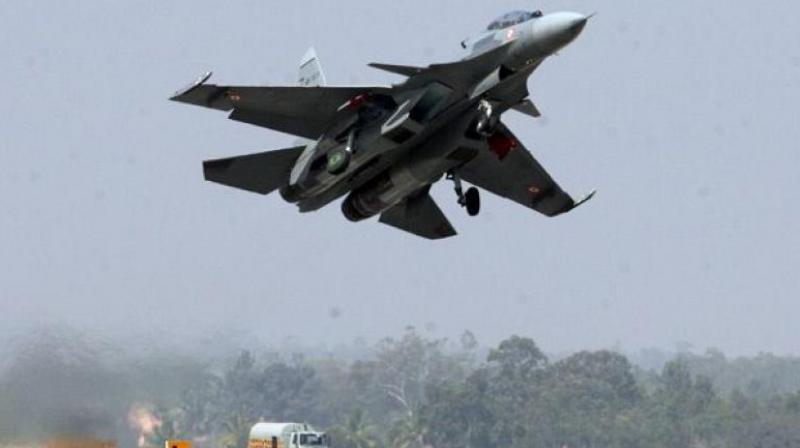 Tezpur: The wreckage of the IAF Sukhoi fighter jet that went missing with two crew members on board was found today after three days of search operations.

The Sukhoi jet had gone missing after taking off from the Tezpur Salonibari Air Force station in Assam at 10:30 AM on Tuesday on a routine training sortie.

Defence spokesperson, Tezpur 4 Corps, Lt Col Sombit Ghosh told PTI that the wreckage of the missing SU-30 jet was found close to the last known position of the aircraft, which was 60 km north-west of Tezpur in Assam's Sonitpur district.

"As of now, weather is bad and the place has dense foliage and members of the search operation are yet to reach the spot", he said.

The two-seater SU-30 MKI aircraft had gone missing after taking off from Tezpur airbase of Salonibari and lost radar and radio contact on May 23 at around 11.10 am.

Unconfirmed reports said the fighter plane had on board one squadron leader and a crew member but the IAF has not yet released any name or rank of the two members in the missing plane.

At present Tezpur has a strength of two squadrons of SU-30 aircraft with one squadron comprising 12 to 16 aircraft.