India   All India  26 Apr 2018  ‘Easy to blame RBI without understanding the issues’
India, All India

‘Easy to blame RBI without understanding the issues’

Actually, Rs 2,000 currency notes were in short supply so most of the ATMs had notes of lower denominations, says Sunil Kumar Sinha. 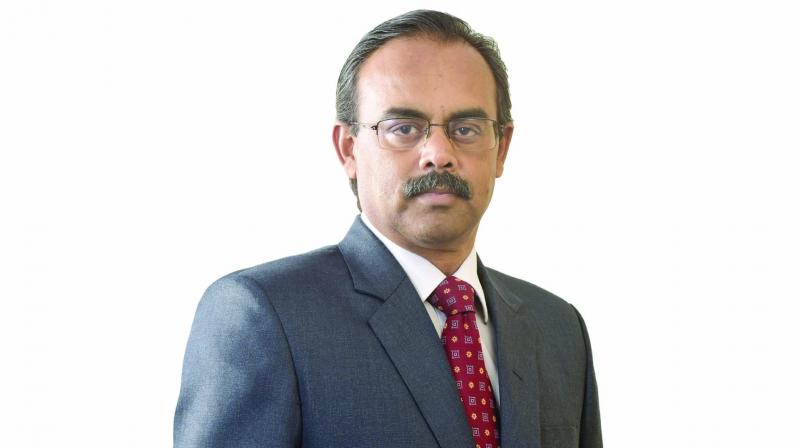 Sunil Kumar Sinha, Principal Economist, India Ratings, the Indian subsidiary of global ratings agency Fitch, speaks to Pawan Bali about the recent cash crunch in the country, and its possible impact on the economy. Excerpts from the interview:

What are the reasons for the present shortage of cash in the country?
It appears that the cash crunch is largely due to the sudden increase in cash withdrawals, much higher than what has been witnessed in the past. As the RBI and banks never anticipated this kind of cash withdrawal, they got caught on the wrong foot. It is not very clear why all of a sudden the cash withdrawal increased at this point of time but there are speculations that this typically happens just before the elections. We know Karnataka goes to polls in May after which a few other states will also have elections. Generally elections in India are funded through cash so this could be a precursor to that. The other theory is that some people have started hoarding Rs 2,000 currency notes which has also led to cash shortage. We know people have herd mentality so if a few ATMs in a particular state or area run out of cash, for whatever reason, the news spreads very fast and people immediately resort to withdrawing cash, assuming that it will be in shortage.

An SBI report says that there is a shortage of Rs 70,000 crore currency in the economy?
Actually, Rs 2,000 currency notes were in short supply so most of the ATMs had notes of lower denominations. So, even a small increase in withdrawal from ATMs resulted in them going dry earlier than would have been the case had Rs 2,000 notes were available.

It is also said that people have been hoarding cash due to Financial Resolution and Deposit Insurance Bill (FRDI), 2017 fearing that their hard-earned money may be used to bail out banks in case of a failure. Also, people are apprehensive after finance ministry directive that bank accounts not linked with Aadhaar will become inoperative. This despite Supreme Court postponing the deadline to link bank accounts with Aadhaar.
It is very difficult to say but all of that is possible. Different people have gone to banks to withdraw cash for different reasons. Some people may have started thinking that their money is no longer as safe as it used to be earlier, particularly before the FRDI bill. Also scams like the one related to Nirav Modi have surfaced. May be all this worried people; they fear their entire money may go down the drain. This could have led to some people withdrawing cash much more than what they needed.

Some experts say that in the fourth quarter the GDP picked up which also led to an increase in demand for cash?
That is if we simply assume that increase in GDP will be financed by cash. But we know that large value transactions are not done through cash now.

The government has put a restriction on that. Most large value transactions, be it for personal or business purposes, have to be done digitally. So I am not too sure if the higher GDP resulted in this.

Has RBI mismanaged things?
It is easy to blame the RBI without understanding the problem. Of course, RBI is the institution which prints the currency and keeps a tab on how much currency is in circulation.

To that extent one could certainly blame the RBI as to why it could not anticipate the cash withdrawal and could not come out with adequate measures soon enough.

But to be fair to the RBI, we also need to understand that this is not something which has happened in the past so that you can rely on your past experience or trend and accordingly try to position yourself well in advance and take corrective measures at the right time.

This is something unusual. At the end of every quarter, the RBI knows that there will be huge payout in term of taxes that certainly led to cash crunch with the banks. This is the phenomena which the RBI knows, so every quarter RBI prepares itself and take necessary steps before hand so that crisis situation doesn’t arise.

But in case of withdrawal from the ATMs there are no precedents so to expect that RBI should have known and should have taken measures is somewhat harsh on it.

But now that this type of situation has arisen, I think it is now up to the RBI to take quick steps to normalise the situation. We know at the time of demonetisation, it was said that things will be back to normal within a month but it took much longer. Now that cash crunch is being reported from some parts of the country, the real issue is how quickly the normalcy can resorted.

Could cash crunch hit FMCG sales in the country?
To some extent, yes. This is because a large part of FMCG’s incremental sale volumes come from rural areas. Many FMCG companies are looking at rural areas to increase their footprint and we know that people in rural areas mostly do cash. So in case cash is not available in the market or banks or ATMs, and people feel cash crunch so that will translate into lower demand for the FMCG and that could impact their overall sale volume.