India   All India  26 Apr 2018  Court seeks Centre's reply over plea on 'discrimination' against women in CISF
India, All India

The plea said the human rights of women were inalienable and an integral and indivisible part of human rights. 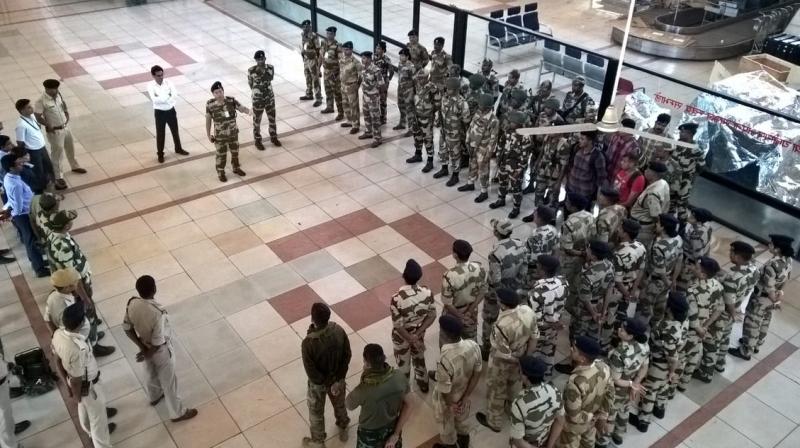 The petition said that such discrimination by the Centre and the CISF cannot stand the test of "reasonable basis for treating equals differently" as laid down by the Supreme Court. (Photo: Representational)

New Delhi: The Delhi High Court on Wednesday sought the Centre's response on a plea alleging "institutional discrimination" against women in recruitment for constables and drivers in the Central Industrial Security Force (CISF).

A bench headed by Acting Chief Justice Gita Mittal and Justice C Hari Shankar issued a notice to the Centre and the CISF on the plea which alleged that in an advertisement, issued by the force, only male candidates were sought for "constable/driver and constable/driver-cum-pump operator for fire services" in the force.

The plea by Kush Kalra, filed through advocate Charu Walikhanna, said the human rights of women were inalienable and an integral and indivisible part of human rights.

"The respondents (Centre and CISF) are practising institutional discrimination, without any rationale basis depriving females the right to serve in the aforementioned posts. The state cannot enact any law which is inconsistent with/in derogation of fundamental rights and as a consequence thereof, respondents cannot frame any law/rules/bye-laws/regulations for its functioning which is inconsistent with or in derogation of fundamental rights," the plea said.

The petition also said there was no rationale for not recruiting women for the posts of constable/driver and constable/driver-cum-pump-operator for the fire services in the CISF.

It also said that such discrimination by the Centre and the CISF cannot stand the test of "reasonable basis for treating equals differently" as laid down by the Supreme Court.

While seeking a direction to recruit women to the post in CISF on par with men, the plea also sought to know the steps taken by CISF towards gender equality.