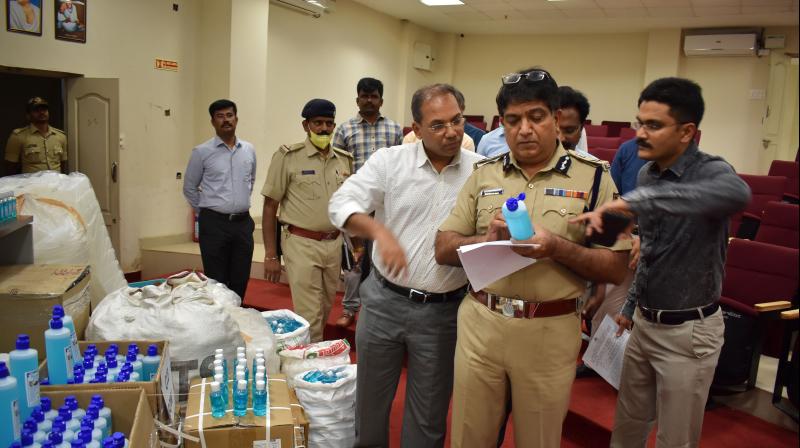 Bengaluru: A high-level meeting on tackling the coronavirus epidemic in Karnataka today turned bitter with deputy chief minister Ashwathnarayan accusing Bengaluru police commissioner Bhaskar Rao of receiving bribes for allowing some service providers to function during the current lockdown, and the latter tearfully offering to resign to prove his innocence.

And all this drama took place in front of chief minister B S Yediyurappa.

Ashwathnarayan’s sudden outburst at Bengaluru’s top police officer stumped the cabinet ministers and high-ranked officers who had come to discuss the coronavirus situation.

The deputy chief minister is said to have taken objection to the police commissioner’s decision to allow a few service providers and shops to remain open while the city was put under lockdown. He further alleged that Bhaskar Rao had received kickbacks from it it.

Taken aback, Bhaskar Rao became emotional and clarified with tears in his eyes that no such thing was happening. Ashwathnarayan replied that he knew very well what was happening. If one service provider was allowed to operate, all else would have to be, he maintained.

Hurt by the allegations, Bhaskar Rao offered his resignation and walked out, according to sources, despite chief minister Yediyurappa’s attempt to pacify him.