The aircraft, known as one of the most formidable airborne recon platforms in the world, were part of all major naval operations. 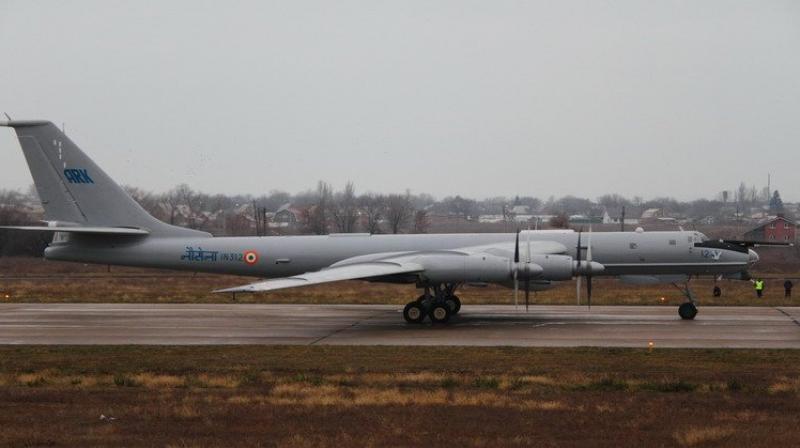 New Delhi: The Indian Navy's iconic Tupolev-142M anti-submarine warfare aircraft will be decommissioned on Wednesday after serving as a mainstay in guarding the Indian Ocean region for almost three decades.

The Soviet-era aircraft, known as one of the most formidable airborne reconnaissance platforms around the world, were part of all major naval exercises and operations of Indian Navy since its induction in 1988.

Tupolev-142M fleet is being replaced by 12 P-8I maritime surveillance aircraft of Boeing which are equipped with harpoon anti-ship missiles, lightweight torpedoes, rockets and new generation sensors and radars.

A Navy official said the Tupolev-142M aircraft would be decommissioned by Chief of Naval Staff Admiral Sunil Lanba on March 29 at a ceremony at INS Rajali, India's premier naval air station in Tamil Nadu's Arakkonam.

A total of eight Tupolev-142Ms were inducted into the Navy and currently only three of them are in operation.

"The aircraft has done the Indian Navy proud by participating in all major naval exercises and operations with distinction. The aircraft saw action during Operation Cactus in Maldives and participated in operational missions off Sri Lanka to provide airborne surveillance," said the official.

With its four powerful engines, slender fuselage and swept wings, Tupolev is the fastest turboprop aircraft in the world and reportedly is difficult to intercept by fighters.

The decommissioning of the reconnaissance aircraft comes weeks after the Navy bid farewell to aircraft carrier INS Viraat.

"TU-142M aircraft have had a distinguished service with over 30,000 hours of accident-free flying. During its service life, the aircraft has undergone several modifications and retro fitments to keep up with evolving technology and changing requirements of Indian Navy.

"As a result, the aircraft has throughout its service life been participating in and has been a major factor during all Naval operations. Despite being in its twilight years, the aircraft performed exceptionally well during the recently conducted Naval Exercise TROPEX in March 2017," the official said.

The role of TU-142M will now be taken on by the newly- inducted P-8l aircraft.

"The P-8I aircraft has proven all its systems and has been fully integrated into the operational grid of the Indian Navy.

Commander Yogender Mair, the last commanding officer of the squadron with TU142M aircraft will hand over the reins to Commander V Ranganathan, who will be the first Squadron Commanding Officer with the P-8l," said the official.

The Boeing P-8I aircraft was dedicated to the nation by then Defence Minister Manohar Parrikar in November, 2015.

The Navy will also celebrate silver jubilee of INS Rajali, the naval air station which was synonymous with the Tupolev and its home for the last 29 years.

The 'heritage display' of TU-142M would also be inaugurated as part of the ceremony.