Kant said that for the initiative to be a success, Delhi would require the support of its neighbouring states as well. 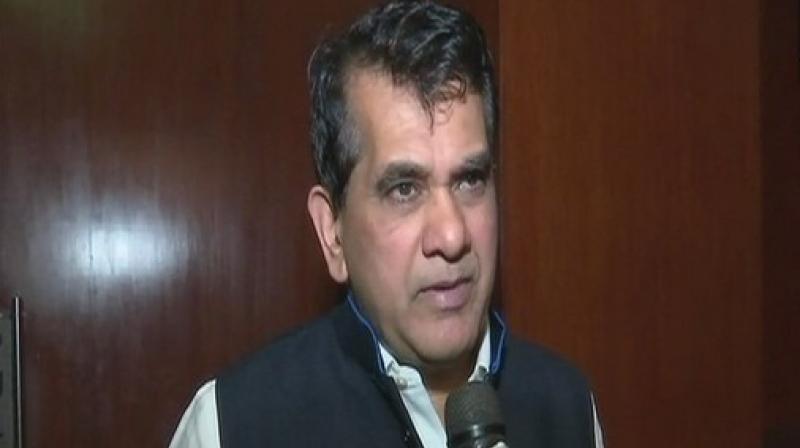 Kant listed out various measures and also added that after the recommendation, the challenge now lies with the administrative machinery both at the state and municipal level. (Photo: ANI)

New Delhi [India], Feb 26 (ANI): NITI Aayog CEO Amitabh Kant on Monday assured Delhiites that their city, which has earned an unenviable distinction of being the most polluted city in the world, will not face a pollution problem, this year.

"The government of India has cleared the scheme of Rs 1200 crores which I am sure will ensure that this year from October to December, during the peak period we do not have pollution on account of agriculture residue from our neighbouring states," Kant said at Cleaner Air-Better Life programme organized by CII.

Kant listed out various measures and also added that after the recommendation, the challenge now lies with the administrative machinery both at the state and municipal level.

"This required a huge amount of administrative will to ensure that roads are paved. A huge amount of plantation is done. A push for ensuring constant checks of the vehicle. Penalise those who are not able to live up to the environment control. Check power plant which are not meeting environmental controls including diesel gensets and taking action against them. It requires a huge level of administrative pull to push this through," he said.

"Now the challenge is for administrative machinery, both at the state level and municipal level. The challenge is now for the transport department to really ensure that all vehicle are constantly checked and those who are not meeting the standard are taken off the roads. Construction sites are also a challenge," Kant added.

He also said that for this initiative to be a success, Delhi would require the support of its neighbouring states as well.