Ramamurthy said that the ISIS is aware about India and its development in education and economy. 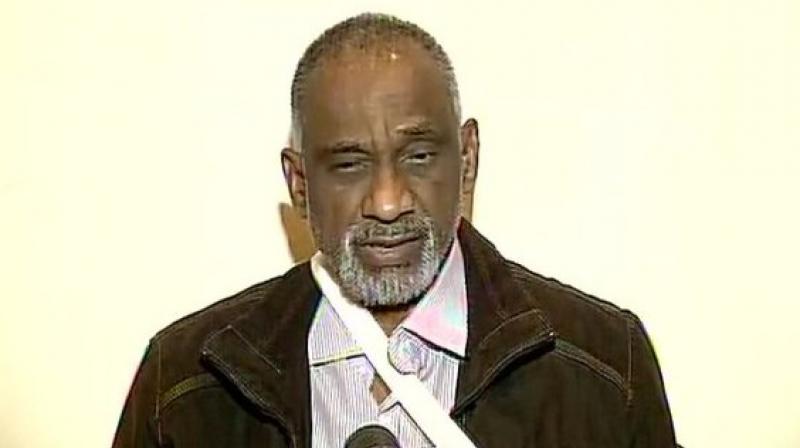 New Delhi: Dr K Ramamurthy, who was freed after being captured in Libya by the ISIS two years ago, said here after his release that the dreaded terrorist organisation is very much "interested" in India and wants its ideology to be spread in the country.

Ramamurthy said that the ISIS is aware about India and its development in education and economy.

"These ISIS people are well-educated youngsters and they do know about India and its development and how it has developed in education, economy and everything else. They are interested in India. But, I did understand that they wanted to spread the ideology of their nation to other parts of the world, including India," he said.

Recounting his ordeal, the doctor said that he was abused verbally, however not physically, adding that he was asked to conduct surgeries in their hospitals.

Talking about ISIS cruelty he went on to say, "ISIS people forced us to watch videos of what they did to Iraq, Syria, Nigeria and other places. It was bit difficult to watch them."

"In a camp in the city, they requested me to come and work in their hospitals. But since I was 61 then I had back pain and right leg nerve pain. I told them I was an old man and I couldn't stand for more than 15 minutes at a stretch. I told them I am medically trained, not surgically trained. So they pulled me out of the Mahakama jail and put in another. I saw all kinds of attacks there," the doctor said.

Talking about the cadres of the terror group, Ramamurthy added that all the members of the outfit were extremely dedicated towards their organisation and were strictly following each and every rule.

"The working members of the organisation are mostly youngsters. I saw suicide bombers as young as 10 year old. There were members beyond the age of 65 too," he said.

The doctor went on the thank the Government of India, especially Prime Minister Minister Narendra Modi, the National Security Advisor, the team of the officials worked for his release from ISIS.

"I am so thankful to our Prime Minister and his team and other officials from the Indian Embassy. I'll never ever forget this all my life. They helped me to come to the Embassy. These people worked so hard to pull me out from there," he added.

The doctor from Andhra Pradesh has been in Libya for the last 18 years and was put in jail by ISIS.

Indian embassy officials came to know about him and finally on February 14, he was safely taken out of Libya to Istanbul from where he reached India, and was on his way to his family in Andhra Pradesh.