Army sources from Delhi said that the tests were cancelled at centres including in Kamptee, Nagpur, Ahmednagar, Ahmedabad, Goa and Kirkee. 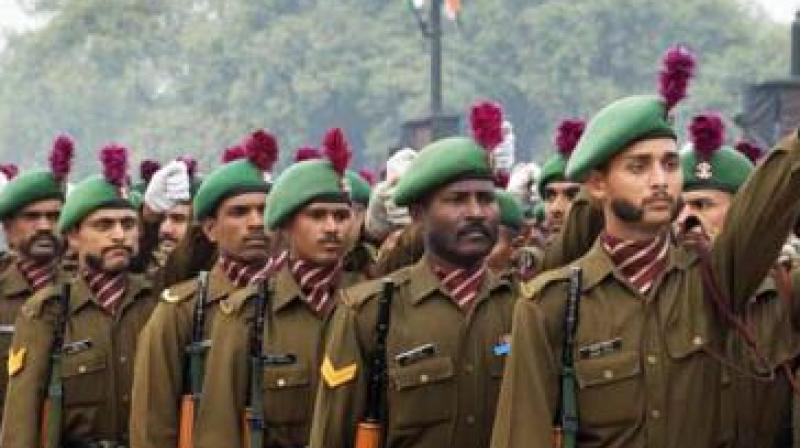 Thane/New Delhi: The Thane police on Sunday claimed to have busted a recruitment racket in the army following leak of question papers of an examination conducted by the Army Recruitment Board.

18 suspects, including a retired serviceman and one paramilitary personnel have been arrested during raids in Maharashtra and Goa since Saturday midnight.

Army sources said in the national capital that tests were cancelled at examination centres including in Kamptee, Nagpur, Ahmednagar, Ahmedabad, Goa and Kirkee.

The examinations were held for a number of posts including those of soldier clerk, strongman and soldier tradesman at 52 centres across the country.

The sources said army has ordered an internal enquiry and further action will be taken based on the findings. Tests were likely to be "countermanded" in more centres.

A case has been registered under various sections of the Indian Penal Code, IT Act and Prevention of Corruption Act against the accused who were being brought to Thane for further probe.

Among those arrested 9 were from Pune, 6 from Nagpur and three from Goa, he said.

Of the detained candidates, 79 are from Pune, 222 from Nagpur and 49 from Goa, the officer said.

The Thane police had received information a couple of days back from an institute which conducts coaching classes for army job aspirants that some city students were to be given the question papers in advance for a price.

Around 80 officials of the Thane city police laid a trap and caught the students and middlemen from lodges and other places with the copies of question papers, the officer said.

The middlemen had also arranged for fake domicile and residence proof for students hailing from other places so as to enable them appear for the exams in that zone.

The beneficiary was to pay around Rs 4 to 5 lakh to the middlemen, said Dumbare.

The police suspect that the papers were leaked either from the press where it was printed or from the distribution centres.

The Thane city police are exchanging information with Director of Army Recruitment Exams and also the Military Intelligence wing regarding the leak, he said.

DCP, Crime, Parag Manere said the papers were leaked to aspirants through Whatsapp.

Following the tip-off about the leak, Thane police, with the help of their local counterparts, conducted raids in Nashik, Pune and Nagpur in Maharashtra, and Goa. Some aspirants were found writing the papers at different places in Thane during the raids.