What if I told you that high heels were originally made exclusively for men? 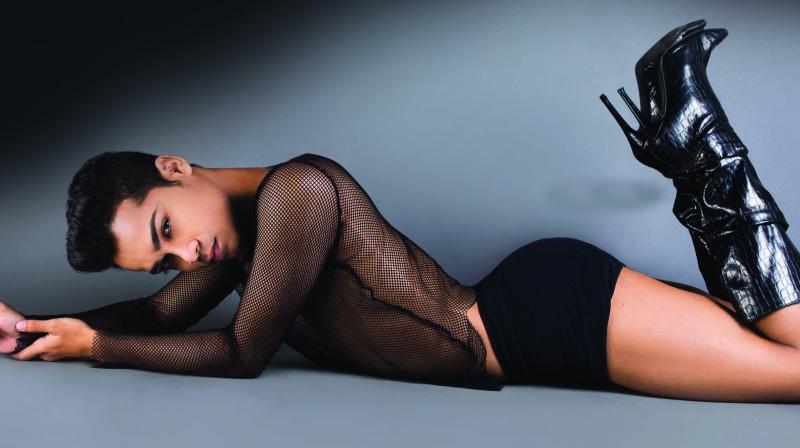 In fact, for decades high heels found their pride of place on the feet of male soldiers.

What if I told you that high heels were originally made exclusively for men? In a time when stilettos and platform are often associated with female style and female sexuality, this fact might come as a huge surprise but it should not. In fact, for decades high heels found their pride of place on the feet of male soldiers, aristocrats and even royals in different parts of the globe for very specific reasons and when it comes to the surprising history of heeled shoes, that’s just the tip of the iceberg. In today’s modern times high heels might be more of a women’s domain but there are a few men in India who are breaking this stereotype and taking it back to the classical days. One such young man is 22-year-old dancer Anubhav Dutta Gupta aka Kian Gupta.

Super-energetic and very sexy Kian was born in Kolkata but was raised in Dubai and that is where he started to learn street jazz and contemporary dance under the able guidance of his teacher, Sharmila Kamte. Seeing his skills, the ballet school in Dubai gifted him a pair of shoes and offered him a scholarship to learn classical ballet. It has been about five years that he has moved to India and since then he has taken the Indian dance scene by storm. I met with this one-of-a-kind high heel dancer and I am glad that he poured his heart out and spoke to me like no one did.

Seeing women dance in high heels is common, why did you take up high heel dancing?
(Laughs) I am very tall, you see. I stand 5’4’’ tall; (laughs) well, so I thought dancing in high heels would be best for me to get noticed in this sea of the dancing world, so I took up dancing in high heels. But you know the origin of the high heels can be traced back to 15th century Persia when male soldiers wore them to help secure their feet in stirrups, Persian migrants brought the high heel shoe trend to Europe, where male aristocrats wore them to appear taller and more formidable. So honestly, if you go to see I am actually just reviving the classical days of men wearing high heels.

How did it all start for you?
My mother says it all started off when she was pregnant with me, I used to kick all the time and since then she knew that her son would either be a footballer or a dancer. But the dance fever began when as a schoolboy, I participated in the UAE leg of the famous dance reality show, Boogie Woogie; that is where I met the legendary dancer, Javed Jaffrey, and he introduced me to my teacher, Sharmila Kamte.

What happened after Boogie Woogie?
I won the 2nd runner up position, which was a big thing for a non-dancer like me but. I will credit my dancing skills to a few people, of course including my first teacher of street jazz and modern contemporary dance in Dubai, Sharmila Kamte, who moulded me day and night for over five years. Then in 2013 I moved to India. It was then that Sudarshan Chakravorty of Sapphire Creations dance company took me under his wing and helped me enhance my contemporary dance skills. What was special about being with Sudarshan sir was that I learnt to add Indian elements to my contemporary dance.

How did you then move from Kolkata to Mumbai?
I wanted to explore my art and felt that I needed to go to a bigger city. That is when I learnt about The Terence Lewis Contemporary dance company. I moved to Mumbai in 2016 to learn under Terence. I enrolled in his two-and-a-half-year course and danced day in and day out to further finetune my dancing skills. I overdid and pushed myself so much that during my final presentation I injured myself badly. It took me over three months of regular physiotherapy, acupressure and acupuncture to overcome my injury. That is when I learnt that I must never push my body beyond its limits.

You have learnt so many dance forms, but then how did high heel dancing come about?
I was always attracted to high heels, plus I did not want to be a group dancer, I always dreamt of being a solo artiste. One day I got a call to perform at the Lalit Hotel, Kitty Su nights, the famous LGBTQ event hosted by Kaishav Suri and Sustant Divgikr. I simply pick up my six inches high heels and stepped onto the dance floor. A series of shows followed post that one event; soon I was performing almost every weekend, all over the country.

How is the market for high heel dancing in India?
Why only India, all over the world people love watching dances that are sexy and I offer them just that. The performance and show market of high heel dancing is huge in India. I have been performing at clubs, private parties and many such glamourous events. Dance enthusiasts are very keen to experience high heel dancing, so I have been conducting many workshops all over the country. This year I have given over 20 workshops in high heels dancing to young girls, boys, housewives and even corporate executives.

How do you feel when you dance on high heels?
Firstly, I feel thankful to God and to my parents for allowing me to be myself. I feel totally liberated when I slip into my high heels and step onto to the dance floor. I remember visiting Nepal during the earthquake through Unicef and helping out as a social worker and bringing smiles to people’s faces. I relate high heels dancing to social work because high heel dancing not only entertains but also empowers people. Once a person gets into his or her high heels and starts to move sensually the sense of outstanding confidence, poise, bravura, style, sophistication and elegance that they develop and inculcate is completely unmatched and exceptional.
a
I have trained the likes of Madonna, Shakira, Britney Spears and Beyonce Knowles but I can honestly say that this man, Kian, can give these international pop divas a run for their money as his hips don’t lie, after slipping into those sexy six-inch heels. Kian Gupta is one artiste who has created a storm on Facebook and Instagram with his unique style of dancing on stilettos. His workshops and shows go full house each time he wears his colorful high heels. So next time you hear that Kian on his high heels is in your city, just grab a chance to see him do his “social work” of empowering people.

Sandip Soparrkar holds a doctorate in world mythology folklore from Pacifica University USA, an honorary doctorate in performing arts from the National American University, He is a World Book Record holder, a well known Ballroom dancer and a Bollywood choreographer who has been honored with three National Excellence awards, one National Achievement Award and Dada Saheb Phalke award by the Government of India. He can be contacted on sandipsoparrkar06@ gmail.com.