Power like oxygen for some people, says PM Modi 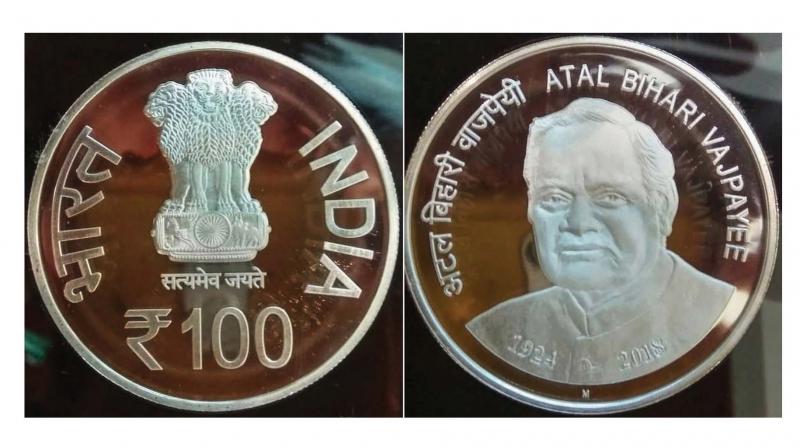 The Rs 100 commemorative coin was released in the memory of Atal Behari Vajpayee on the eve of his birth anniversary in New Delhi on Monday. (Photo: PTI )

New Delhi: Taking a jibe at the Opposition, Prime Minister Narendra Modi on Monday said that power is like oxygen for “some people” with restlessness setting in if they are out of it for even “two or five years”.

Releasing a Rs 100 commemorative coin in the memory of former prime minister Atal Behari Vajpayee on the eve of his 94th birth anniversary, Mr Modi said the late former Prime Minister spent most of his political life in the opposition benches but always thought of the country and its people.

“Today’s political landscape is such that if someone has to stay out of power even for two or five years, they become restless,” he told the gathering.

Vajpayee, he added, committed every second of his life for the welfare of the people.

“For some people, power is oxygen...They can’t live without it. A long part of Atalji’s career was spent in the Opposition benches but he spoke about national interest and never compromised on the ideology of the party,” the Prime Minister’s Office (PMO) posted on Twitter while quoting the prime minister’s speech.

Discussing Vajpayee’s political journey, the Prime Minister said he always kept the nation and democracy before himself and the party.

“Atalji wanted democracy to be supreme. He built the Jana Sangh. But when the time came to rescue our democracy, he and others went to the Janata Party. Likewise, when the choice was between remaining in power or comprising on ideology, he left Janata Party and formed the BJP,” Mr Modi said. The party, which “Atalji built brick by brick”, is now among the largest political parties in the world, the Prime Minister said, adding that Vajpayee had sown the seeds of the lotus (the BJP symbol) in the country.