A group of 10-15 masked men armed with swords, iron rods and glass bottles attacked congregation and threw stones on those attending prayer. 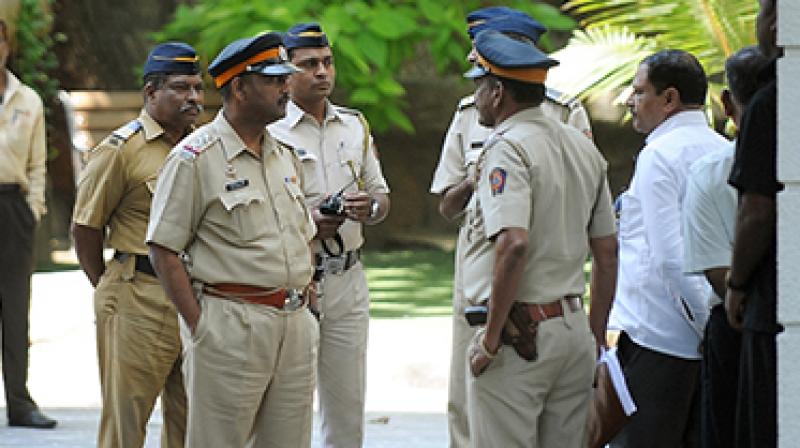 The exact reason behind the attack was not yet known, but prima facie it seems the intention was to disturb the prayer, a police official said. (Representational Image | AFP)

Kolhapur: At least 12 people were injured when they were attacked by a group of people during a prayer meet in Maharashtra's Kolhapur district, police said on Tuesday.

Around 20 to 25 people were attending the Sunday Mass at the residence of Bhimsen Chavan in Kowad village, located on the Karnataka border, when the incident happened around noon, a police official said.

According to police, Chavan regularly conducts the Sunday prayer at his residence. A group of 10 to 15 masked men armed with swords, iron rods and glass bottles reached his residence on motorcycles, he said. They attacked the congregation and threw stones on those attending the prayer.

The masked men tried to barge into the house. But some women, who were part of the prayer meet, forced the attackers to back off by throwing chilly powder on them, the official said.

Twelve people were injured in the attack and they were admitted to a hospital, he said. Senior police officials were keeping a close watch in the area where the situation was now under control, he said.

The exact reason behind the attack was not yet known, but prima facie it seems the intention was to disturb the prayer, the official said.

Kolhapur Superintendent of Police Abhinav Deshmukh visited the spot and was supervising the investigation. The attackers, it seems, had come from Belagavi (in Karnataka).

Police were recording the statements of people who had seen the attackers, he said. The CCTV footage of the area was also being scanned, he said, and expressed hope that the attackers would be nabbed soon.

Police had registered a case of rioting and attempt to murder against unidentified persons, the official added.