The decision to pass on the leadership mantle to Rahul Gandhi could have been taken after December 18. 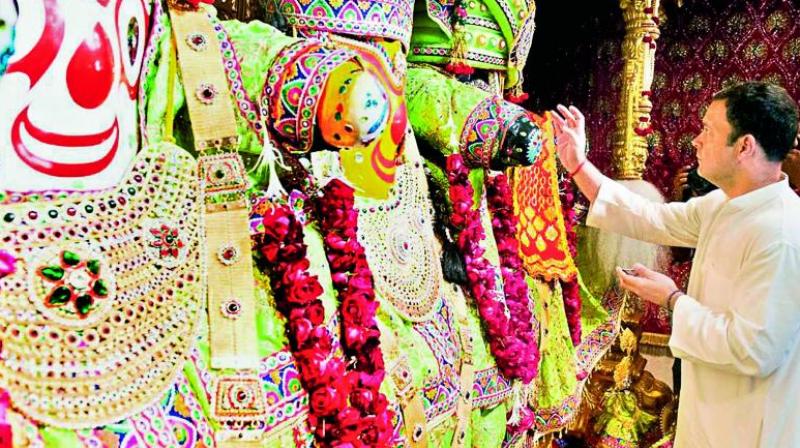 Congress leader Sonia Gandhi must be credited for having played a key card in choosing to step aside ahead of Gujarat elections. Whether the actual reason was her ill health or plain political strategy it is likely to remain a major suspense for quite some time. But her decision to remain in the background proved more beneficial for her party than probably her political rivals as well as strong critiques speculated. Now the big question is why? After all the decision to pass on the leadership mantle to Rahul Gandhi could have been taken after December 18. Certainly, taking it ahead of Gujarat election results carried a big risk. Had the Congress performed poorly, failed to give the BJP a strong fight and/or secured less than 40 seats, questions would have certainly been raised about credibility of Mr Gandhi’s leadership. The BJP would have been delighted at not having faced a strong contender in Gujarat and also there being limited chances of any surfacing for 2019 parliamentary polls.

But Mrs Gandhi chose to take this risk and at present is apparently thanking her stars for not having backtracked from taking such a crucial decision. Though the Congress has not won, the strong fight given to it with Mr Gandhi in the forefront has begun giving the BJP political nightmares. The BJP will have to reconsider efficacy of political cards it has exercised in Gujarat, a state that is Prime Minister Narendra Modi’s home terrain. How could the party not sweep the polls here as it thought it would?

What also bears great importance for Mrs Gandhi as well as Mr Gandhi is that their party’s performance has snubbed and silenced all those who may have probably questioned the latter being crowned as party’s key leader. It may be recalled this issue had begun being deliberated recently with questions being raised over dynastic politics being practiced in the Congress and several other parties. Now performance of the Congress in Gujarat polls has, at least for now, quietened these and suddenly elevated political significance of Mr Gandhi for the party’s future. This, without any doubt, has been made possible primarily because of Mrs Gandhi choosing to remain in the background for campaigning in Gujarat. Had she and/or his daughter (Priyanka) been as visible as they are normally during Uttar Pradesh elections, Mr Gandhi’s political importance would have been probably marginalised. Also it is possible, the Congress may not have been able give the BJP as tough fight as it has managed to.

After all, let us accept it, the Congress’ success rests only and only on the electoral importance given to the party by Gujaratis through their votes. And clearly, Mr Gandhi’s campaign has had a crucial impact on their decision to turn their back towards a party (BJP) they have earlier voted more strongly for. His campaign may not have had the same effect if Mrs Gandhi was also in the forefront for several reasons. Rather, it would have given the BJP another political weapon to use against the Congress. Yes, that of Mrs Gandhi’s foreign origin. From this angle, by choosing to stay in the background and also ensuring Mr Gandhi’s elevation as party head, Mrs Gandhi made a shrewd move. This was not confined to promotion of Mr Gandhi but timing suggests that this political card was played to erode away an anti-Congress strategy, based on Mrs Gandhi’s foreign origin, which the BJP had probably planned to use.

During the BJP’s political campaign, strategies exercised by Mr Modi were largely of same nature when he served as state’s chief minister. This includes his anti-Pakistan ploy. The Congress countered it fairly effectively by questioning cordial diplomacy displayed by him towards Pakistan on several occasions. Given the height of his political ambitions, that is his aim to remain the Prime Minister for several terms, he could not exercise communal card as he had earlier. The situation may have been different if he had been one of the candidates and was planning to return as chief minister. Paradoxically, even his Gujarati origin proved to be of little help to him. There is a catch here: that is Rahul’s surname. Many believe that the Congress leader is a close relative of Mahatma Gandhi, who was a Gujarati.

Gujarat results are perhaps also suggestive of a slow but definite change in voting pattern of young voters, who are giving less than expected importance to caste, religion and other factors considered to be decisive in Indian elections. Sixty per cent of Gujarati voters are under 40 years of age. Age may have helped Mr Gandhi. He is yet to turn 50 and looks younger than his years. To a certain degree, this trend was visible in Delhi Assembly elections giving the Aam Aadmi Party (AAP) led by Arvind Kejriwal a chance. It may not be wrong to state that now Hindutva drive has limited appeal in Gujarat. With Muslims forming less than 10 per cent population, primary electoral decision has been taken by division among votes of majority community, that is, Hindus. They apparently gave greater importance to their economic woes, which have not been redressed by rise of Mr Modi’s political stature.

In essence, though compared to Mr Modi, Mr Gandhi is a political novice on Gujarati stage. The political card played shrewdly by Mrs Gandhi has played a major role in his being a “winner!”

The writer is a senior journalist. She has come out with two books Ayodhya Without the Communal Stamp and Image and Substance: Modi’s First Year in Office.