The BJP retained power in Gujarat for the sixth consecutive term by winning the recently-held Assembly polls. 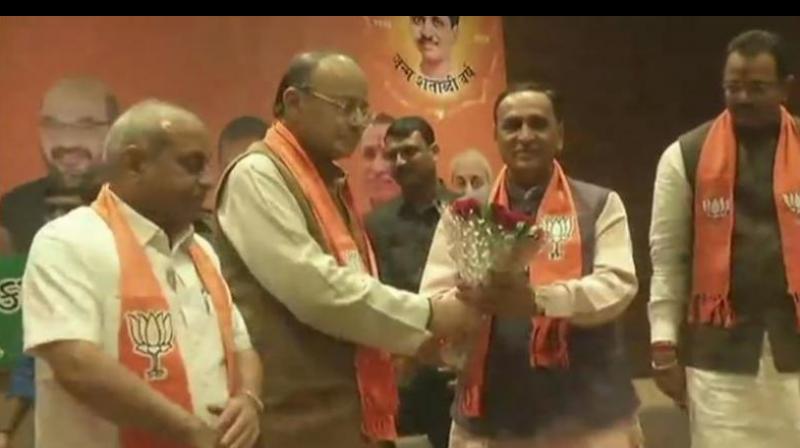 Patna: Bihar Chief Minister Nitish Kumar and his deputy Sushil Kumar Modi will be attending the oath-taking ceremony of the new BJP government in Gujarat, official sources said in Patna on Monday.

Kumar and Modi are likely to leave late on Monday night for Gandhinagar, where the ceremony will take place on December 26, in presence of Prime Minister Narendra Modi and BJP president Amit Shah, besides chief ministers of other NDA-ruled states.

The Bihar CM had rejoined the NDA a few months ago, four years after having snapped ties with the BJP. He had predicted a comfortable victory for the saffron party in the home state of the Prime Minister, who served as Gujarat chief minister for three terms.

The BJP retained power in Gujarat for the sixth consecutive term by winning the recently-held Assembly polls. The party has decided to reappoint Vijay Rupani and Nitin Patel as the state’s chief minister and deputy chief minister, respectively.