Prime Minister says public’s restrain proves that there is nothing bigger than national interest for Indians. 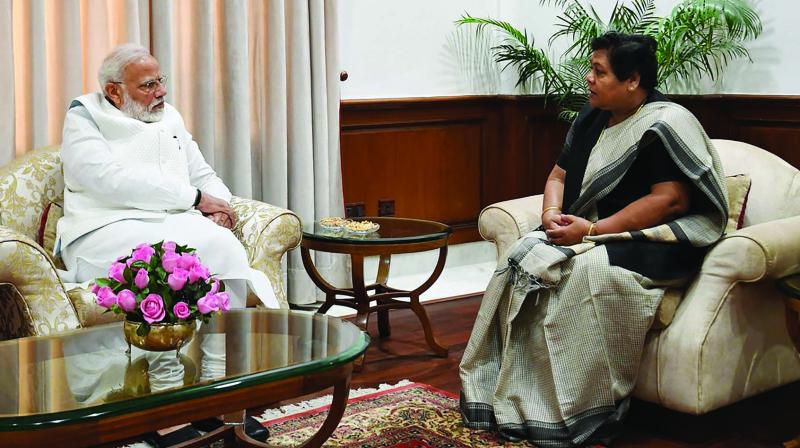 New Delhi: The patience, restraint and maturity displayed by the people after the Supreme Court delivered its verdict in the Ayodhya case proves that there is nothing bigger than national interest for Indians, Prime Minister Narendra Modi said on Sunday. In his monthly “Mann ki Baat” radio programme he said after the “historic verdict”, the country has moved ahead on a new path, with a new resolve.

“It is my hope and wish that New India imbibes this feeling and forges ahead in a spirit of peace, unity and goodwill,” he said.   In other remarks on the programme while interacting with a group of National Cadet Corps cadets, Mr Modi said, “I never had the desire to enter politics, but now that I am a part of it I give my best on how to work for the people.”

When one of the cadets asked him “had you not been a politician, what would you have been,” Nr Modi described it as a “difficult question”. “Now this is a very difficult question because every child goes through multiple phases in life. Sometimes one wants to become this, sometimes one wants to become that, but it is true that I never had the desire to enter politics, nor I ever thought about it,” he said.

In his last Mann ki Baat address on Diwali, Mr Modi had referred to the 2010 Allahabad high court judgment on the Ayodhya issue. He had recalled how the government, civil society and people had maintained peace and harmony back then.

“This time too, when the Supreme Court pronounced its judgment on November 9, 130 crore Indians once again proved, that for them, national interest is supreme. The values of peace, unity and goodwill are  paramount in our country,” he said. The Prime Minister said the apex court verdict was “embraced with open arms”.

“They accepted the verdict with ease and with peace...  I am particularly grateful to them for the patience, restraint and maturity shown by them,” he said. The prime minister was of the view that while on the one hand, a  protracted legal battle has ended, on the other, the respect for  the judiciary has grown in the country.

“In the truest sense, this verdict has also proved to be a milestone for the judiciary in our country,” he said. Hours after the verdict was delivered, the prime minister had addressed  the nation to thank people for the maturity shown by them.