Chidambaram is currently lodged in Tihar jail under judicial custody after the ED arrested him. 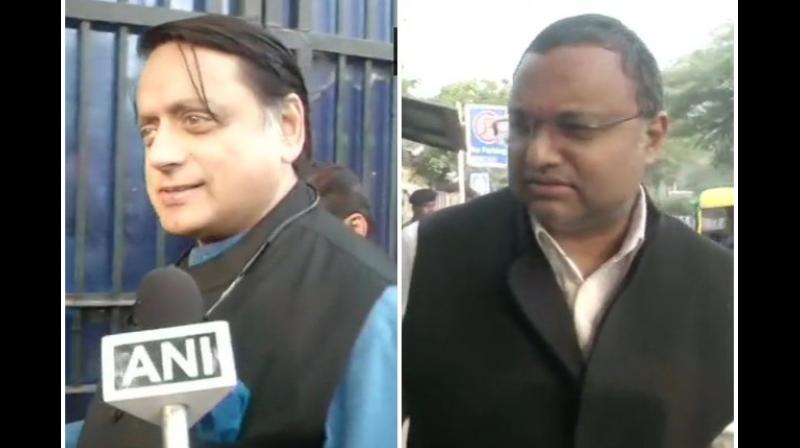 'Chidambaram is our party's senior leader and my colleague. We have come to meet him,' Tharoor said. (Photo: File | ANI)

Chidambaram, a former union minister, is currently lodged in Tihar jail under judicial custody after the ED arrested him last month in connection with the INX Media money laundering case.

"Chidambaram is our party's senior leader and my colleague. We have come to meet him," Tharoor told ANI.

The case pertains to an FIR registered by the CBI for alleged irregularities in the Foreign Investment Promotion Board (FIPB) clearance given to INX Media to the tune of Rs 305 crore in 2007 by Chidambaram when he was the Finance Minister.

Thereafter, a case was registered by the ED.

Chidambaram was granted bail by the Supreme Court on October 22 in the INX matter being probed by the CBI.