The submission to the President has the signatures of over 50 serving and retired members of the Sanskrit Vidya Dharm Vigyan department. 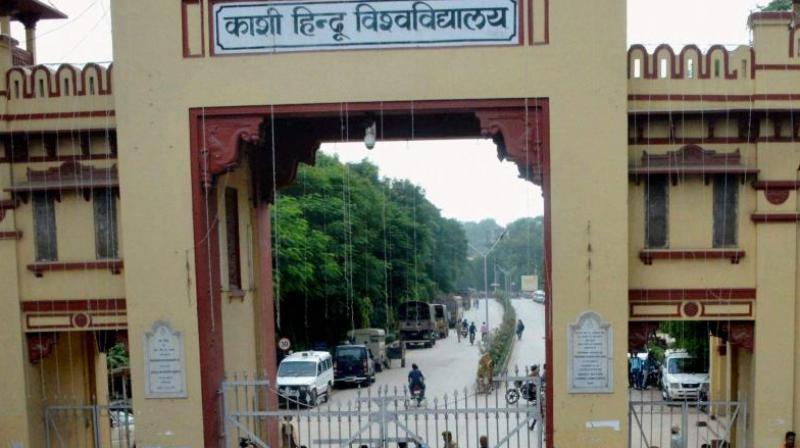 New Delhi: About 50 faculty members and former professors of the Banaras Hindu University have come out in support of students opposing the appointment of Firoz Khan to the Sanskrit Vidya Dharm Vigyan Department (earlier known as the faculty of Hindu theology).

In a letter to President Ram Nath Kovind, who is also a visitor to the Banaras Hindu University, these senior academics have called for the immediate annulment of the appointment of  Mr Khan to the department and for him to be placed in any other Sanskrit-teaching department of the university.

They stated that the department has been operating for over 100 years and the appointment of a non-Hindu would be a break in tradition, causing irreperable damage to the students ad university. “The appointment of any non-Hindu to the department would cause disruption to the religious, tradition, karna kanda education of students training to be acharyas and shastris of the religion,” the submission to the President adds.

The submission to the President has the signatures of over 50 serving and retired members of the Sanskrit Vidya Dharm Vigyan department. The letter of the senior serving and retired faculty of BHU comes soon after the Rashtriya Swayamsewak Sangh affiliate, Samskrita Bharati, backed Mr Khan for the appointment to the post.

“The students of this department can’t be forced to study under a Muslim or Christian teacher. If this is down it is going to lead to unprecedented chaos and the acharya parampara would become void. If educated under a non-Hindu the doors of employment and religious practices by Hindu organisations would be forever closed for these students,” the letter adds.

They have pointed out the hiring may also lead to trouble in future employment of such students at various Hindu temples.

The submission to the President points out that the university came into being under the guidance of Pandit Madan Mohan Malviya and the Faculty of Theology was established to study the religious texts, scriptures of religions like Sanatan Hindu Dharma and its associate religions of Indian origin like Buddhism, Jainism and Sikhism.  The students also study various religious rituals, astrology, scriptures and other religious literature related to these religions.