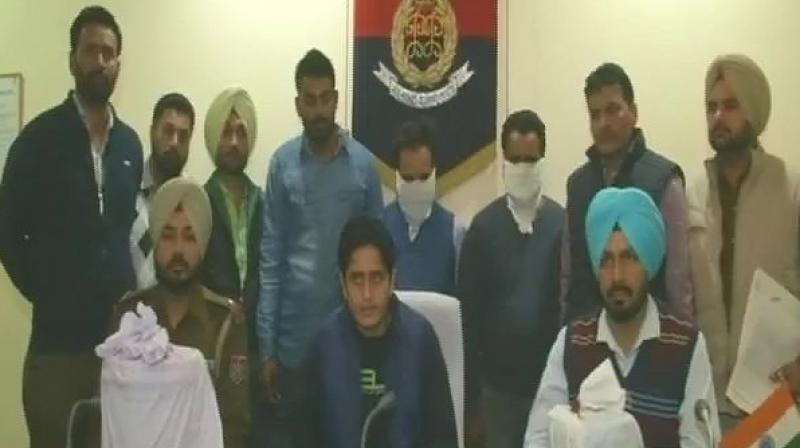 The duo are under a five day remand. (Photo: ANI)

The accused namely Jatinder Singh and Raghuvinder Singh belong to Uttar Pradesh's Lakahnpur District and had come with an intention of selling the drugs, the Ludhiana Police confirmed.

"The men were carrying drugs in a car which has been seized by the STF," said Ludhiana Superintendent of Police Gurpreet Kaur.

SP Kaur also said that during interrogation, the accused duo revealed that they brought opium worth Rs 80,000 per kg and would have sold it for Rs 2,00,000 per kg.

One of the accused, Jitendra Singh, already has another case registered under his name in 2008 and was on the run.

The police took the duo under five-day remand.