India   All India  25 Nov 2016  Will get Indus water back from Pak for our farmers: Modi
India, All India

Will get Indus water back from Pak for our farmers: Modi

Modi called on the people of Pakistan to tell their rulers to fight corruption, black money and poverty instead of fighting India. 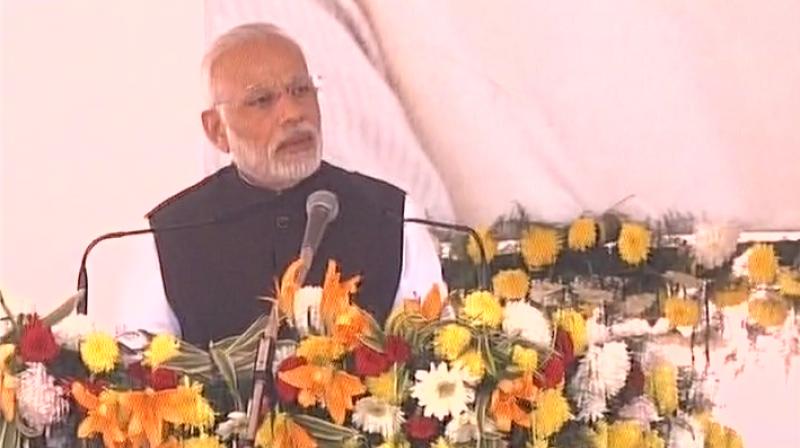 Modi said the government had formed a task force to see what can be done to make maximum use of Indus water that flows to Pakistan. (Photo: PTI)

Speaking at the inauguration of AIIMS in Bhatinda in Punjab, Modi said that he will strive to get the Indus river water back from Pakistan, because farmers have the right to use that water.

Government will do everything to give enough water to farmers in Punjab, Modi said.

“For me, elections do not matter. I am more concerned about the welfare of the farmers,” Modi said. Elections in Punjab are scheduled for early in 2017.

Modi said the government had formed a task force to see what can be done to make maximum use of Indus water that flows to Pakistan.

His remarks come two days after Pakistan warned India against “use of water as an instrument of coercion”.

“Social infrastructure is essential for the development of every nation. We need top quality schools and hospitals,” Modi said while inaugurating the hospital in Bhatinda.

“AIIMS here will benefit the local areas. Whatever decisions we take when we are in power, we fulfil it during that period itself. This Government does not only stop at laying foundation stones, we complete all projects,” Modi asserted.

Saying that the border of Pakistan was not far away from Bhatinda, Modi called on the people of the neighbouring country to tell their rulers to fight corruption, black money and poverty instead of fighting India.

Speaking about the government’s drive against black money, Modi said, “Black money & corruption has looted the middle class and deprived poor of their rights. I want to give poor their rights. I am doing everything possible to ensure the middle class is not exploited and the poor get their due. I fall short of words in conveying my thanks to people as they stood with me even when they had to face hardships”.

Modi also encouraged people to use their mobile phones as ‘your bank and wallet’.

“Today’s technology be used for purchasing things, making payments,” Modi said in a push towards a cashless, digitised economy.