India   All India  25 Nov 2016  Priyanka broke down when she met me: Rajiv's killer Nalini
India, All India

Priyanka broke down when she met me: Rajiv's killer Nalini

Nalini says she got the shock of her life when she was escorted to a room where former PM Rajiv Gandhi’s daughter Priyanka was waiting. 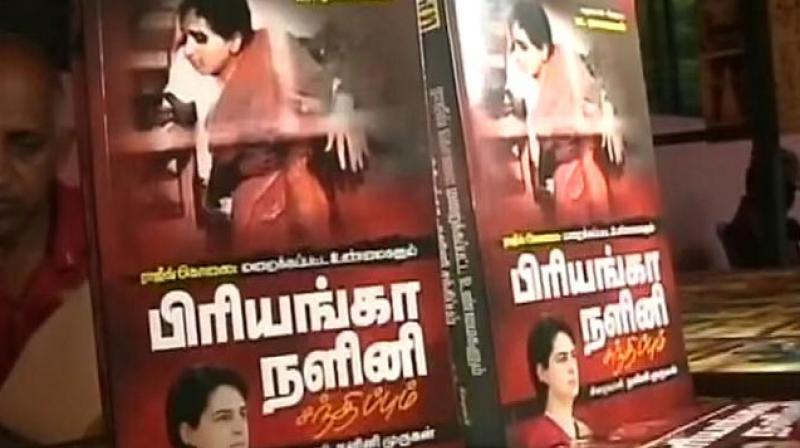 Nalini, the longest serving women prisoner in India, wanted to release the book abroad at a later date but circumstances forced her to give the nod for the release on Thursday. (Photo: File)

New Delhi: Nalini, one of the convicts in the Rajiv Gandhi assassination case, has said that the former PM’s daughter Priyanka Gandhi broke into tears when she first met her.

In the book, “Rajiv Murder: Hidden Truths and Priyanka - Nalini Meeting”, Nalini Sriharan shares details of her meeting with Priyanka Gandhi Vadra, who asked her, “Why did you do this?”

Priyanka Vadra, says Nalini, "looked straight at me for nearly two minutes" in silence. "When I raised my eyes to look at her, her cheeks had turned red."

Nalini says she got the shock of her life when she was escorted to a room where former Prime Minister Rajiv Gandhi’s daughter Priyanka was waiting. She had never expected such a high profile personality to visit her in prison. “I am Priyanka,” Rajiv’s daughter, clad in green saree, introduced herself. “My name is Priyanka,” she repeated seated on a chair, as a dazed Nalini stood glaring at her. She asked me to sit”.

Releasing the book at a packed auditorium late on Thursday evening, MDMK chief Vaiko quoting from the book said, Priyanka had asked her “why did you do this (to my father)?’ Aiming to portray the quintessence of the conversation the former PM’s daughter had with the convict who spent 26 years in prison, Mr Vaiko said Nalini had replied that she and others had nothing to do with Rajiv Gandhi’s assassination.

“I don’t want to go into all the details. You should read the book to find out the truth and know how the police tortured Nalini and called her names. It was an inhumane treatment… the police had even threatened to outrage her modesty and also kill Murugan,” Mr. Vaiko said. The 581 pages book explains about the torture she underwent inside the prison and her surprise meeting with Priyanka Gandhi. The book brought out by Yazh Pathipagam, Chennai, is mostly a compilation by writer P. Ekalavyan and is priced Rs 500.

Nalini, the longest serving women prisoner in India, wanted to release the book abroad at a later date but circumstances forced her to give the nod for the release on Thursday. Describing Priyanka’s meeting with her as a “warning to the Sinhala government,” VCK chief Thol Thirumavalavan claimed the external policy of India had remained the same no matter whichever party ruled from Delhi. He contended that Rajiv’s assassination should be construed as an international plot. He called for concerted efforts to strive for the release of all the seven convicts including Nalini.