Cashless society would mean less investment in handling cash, transparency in payments and check on fake currency, he said. 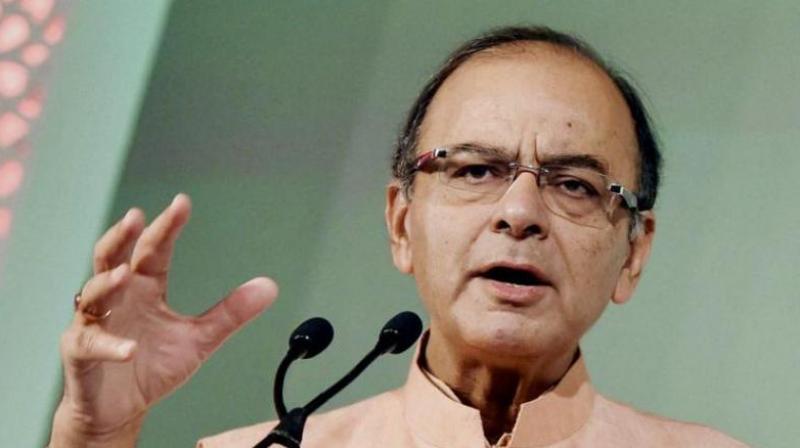 New Delhi: Amid a raging debate on demonetisation, the government on Friday said in Lok Sabha that it wanted a reduction in the use of physical currency in the economy, which should be substituted with digital money.

Responding to a question on digital payment systems, Finance Minister Arun Jaitley said the government wanted the physical currency to come down and be substituted by digital currency. While physical currency should decline, business and commerce should prosper.

He said out of 80 crore debit cards, 40 crore were actively used at ATMs. Electronic wallets and digital transfer of funds was the future technology which the government is encouraging and has asked various state governments to contribute.

Jaitley also said a dedicated fund under depositor education and awareness fund was in place for expanding acceptance, infrastructure and conducting awareness campaign among people for a cash-less society.

Cashless society would mean less investment in handling cash, transparency in payments and check on fake currency, he said.

Jaitley on Thursday asked banks to promote digital banking in "mission mode", saying the principal objective of the government's reform is to curtail the use of physical currency.

After a meeting with heads of banks including private sector, he said a committee under Additional Secretary in the Finance Ministry is being set up to promote digital banking.

Referring to the outcry over demonetisation in Parliament, Jaitley said the politicians need to accept that habits of the people are changing and they are frequently using cards for payments.

"Some of the banks have already had a lot of success, contrary to argument which is made within the political system that Indians are not well adapted to this mode. I think political life of India has to accept that right under our nose, people are changing as far as their habits are concerned," he said.

Giving out details of digital outlets in the country, the Finance Minister said there are 14 lakh POS machines which are there at retail level and this figure has to be expanded manifold.

These machines are not manufactured in India, they are imported, he added.

"Additionally, with regard to banks' existing customers, debit cards and prepaid cards, e-wallets as well as mobile apps, are going to be utilised by them. They are ready with their infrastructure," he said.