All proceeds from the e-auction will be donated towards funding the Namami Gange Mission. 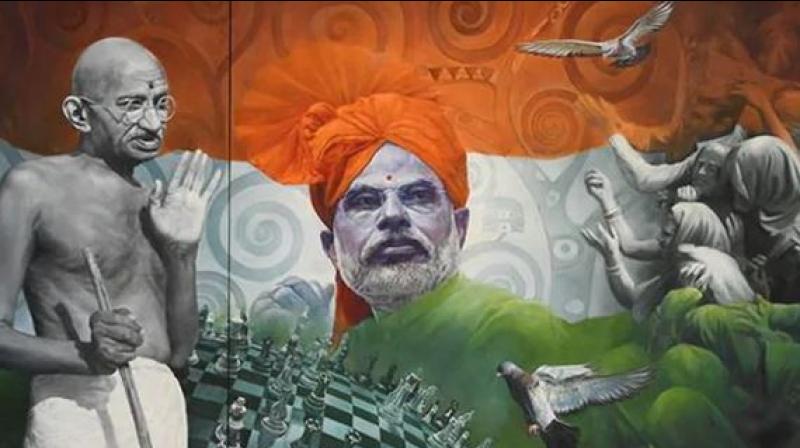 The Union Culture Ministry organised the e-auction from September 14 to sell a total of 2,772 mementos gifted to Prime Minister Narendra Modi. (Photo: File)

All proceeds from the e-auction will be donated towards funding the Namami Gange Mission.

The Union Culture Ministry organised the e-auction from September 14 to sell a total of 2,772 mementos gifted to Prime Minister Narendra Modi.

Items were kept on display at the National Gallery of Modern Art in New Delhi. The mementos include diverse objects and memorabilia including paintings, sculptures, shawls, jackets and traditional musical instruments.

Initially, the e-auction was supposed to be held till October 3. However, a decision was taken to extend the auction process for another three weeks. As of today, all items on auction stand sold-out.

Celebrities, politicians and activists have shown interest in the auction, with many like Bollywood stars Anil Kapoor, Arjun Kapoor, and singer Kailash Kher endorsing it.

Among the mementos on display, the lowest base price was kept at Rs 500 for items like a small statue of Lord Ganesha and decorative wooden box in lotus shape. The highest base price of Rs 2.5 lakh was reserved for an acrylic painting with a tri-colour background of the Prime Minister with Mahatma Gandhi, which has received a final bid of Rs 25 lakh.