By-elections to the 15 Assembly seats in Karnataka are scheduled to be held on December 5. 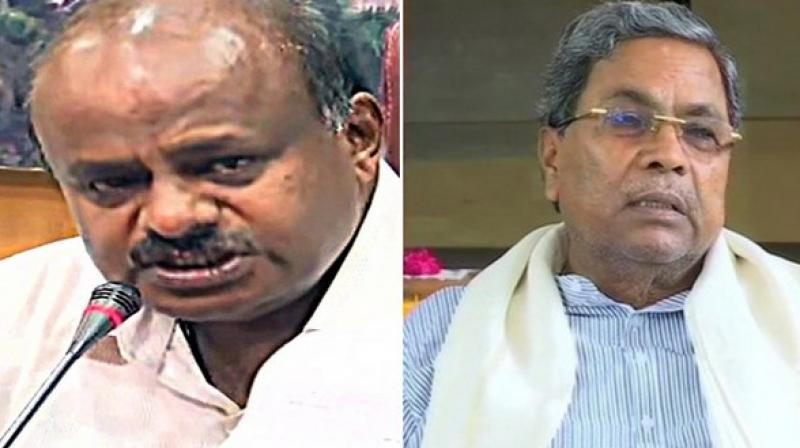 This comes hours after Siddaramaiah said that if Congress wins 15 seats in by-polls BS Yedyurappa has to give resignation and the Congress will go for a fresh election without an alliance with the JD-S. (Photo: File)

Bengaluru: Former Karnataka Chief Minister HD Kumaraswamy on Thursday targeted senior Congress leader Siddaramaiah over the collapse of the 14-month-old coalition government in the state and asked him to "honestly" answer who caused the damage.

"Due to whose mistake did the coalition fail? Who is to be held responsible for the failure? Who caused the damage? Could you please answer honestly," Kumaraswamy asked on Twitter.

This comes hours after Siddaramaiah said that if Congress wins 15 seats in by-polls BS Yedyurappa has to give resignation and the Congress will go for a fresh election without an alliance with the JD-S.

Lambasting the Congress leader, Kumaraswamy in a series of tweets asked, "In which way did you cooperate with us in the Lok Sabha elections? "Who" is the hearts of disqualified MLAs? Please give an honest answer to this "who" question? I am thankful to you for your cooperation and support. I will never forget that in my lifetime. Siddarmaiah, we do not want your relationship."

"Who asked Siddaramaiah to join hands with us? Who came knocking on our doorstep? Who helped out? Who kept criticising me every day? Who targeted me?" Kumaraswamy questioned his former alliance partner.

By-elections to the 15 Assembly seats in Karnataka are scheduled to be held on December 5.

Earlier, the by-elections in Karnataka were scheduled to be held on October 21 in 15 constituencies that were vacated by rebel MLAs of Congress and JD(S).

However, the election date was later shifted to December 5 by the Election Commission (EC).