HC asks RIMS director to appear before it on Nov 4

Doctors of government medical colleges are prohibited from indulging in private practice in Jharkhand. 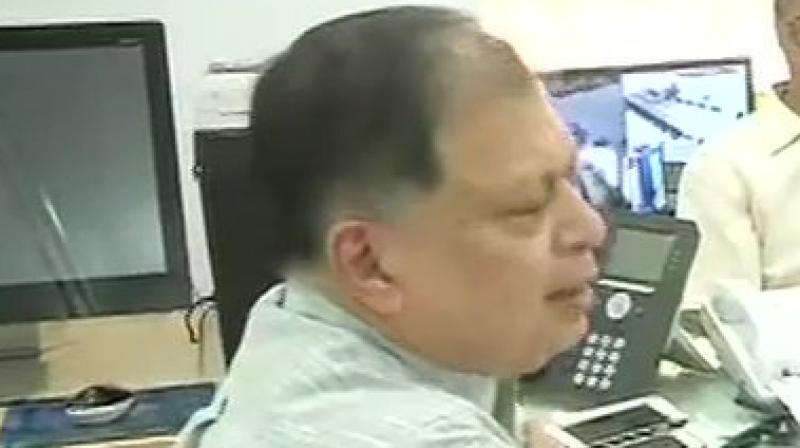 Dr D K Singh is the director of the RIMS. (Photo: ANI)

Ranchi: The Jharkhand High Court has asked the director of the Rajendra Institute of Medical Sciences (RIMS) here to appear before it in person in connection with improvements in the functioning of the hospital.

Justice S N Prasad asked the director of RIMS on Thursday to appear before the court on November 4, while hearing a writ petition filed by Sanichar Oraon, demanding improvement in the functioning of the medical institute.

Dr D K Singh is the director of the RIMS.

The judge told the lawyer of the RIMS, Ashok Kumar Singh, that he wanted to know how the doctors at the institute could be reined in from indulging in private practice and what action was taken against such doctors.

The judge also asked if surprise checking could find out which doctors were absent and whether a show-cause notice could be served if any doctor was found absent.

Doctors of government medical colleges are prohibited from indulging in private practice in Jharkhand.

The lawyer told the court that the general body of the RIMS could take action against such doctors.

He said the state government could set up a special vigilance team for action against any doctor of the medical college found to be indulging in private practice.

The court also sought to know other details about the hospital from the director on November 4.