Before being transferred to Delhi, Mr Rao was based in Chennai as the Central Bureau of Investigation’s joint director for South India. 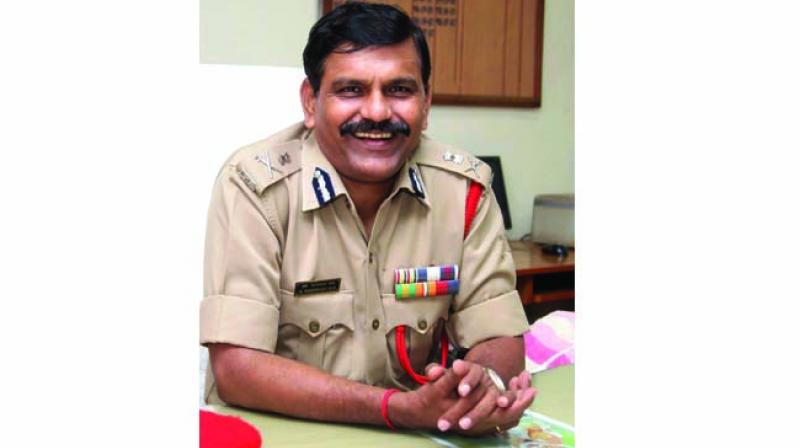 New Delhi: Nageswara Rao, the new interim director of CBI, is an IPS officer from the 1986 batch of Odisha cadre who is known for his scientific investigation skills and has been associated with the probe into the high-profile gutka scam in Tamil Nadu that has engulfed chief minister Edappadi Palaniswami.

Mr Rao joined the CBI’s Delhi office in 2016 and was working as the joint director before his elevation as its interim director, superseding special director Rakesh Asthana who is involved in a spat with the agency’s chief Alok Verma.

Before being transferred to Delhi, Mr Rao was based in Chennai as the Central Bureau of Investigation’s (CBI) joint director for South India.

Meanwhile, DMK president M.K. Stalin objected to appointment of Mr Rao as interim chief of the CBI and described him as a “controversial officer”.

“Appointment of a controversial officer like Nageswar Rao is a misuse of office by the Prime Minister... It is nothing but (an attempt) to ensure that CBI remains the caged parrot of the BJP government,” he said, raising questions on the credibility of Mr Rao.

Mr Stalin, who is the Leader of the Opposition in Tamil Nadu, also accused Mr Rao of communicating with the ruling AIADMK, whose leaders are being investigated by the CBI in the gutka scam case.

“Several complaints were sent to CBI director (Alok Verma) against Nageswar Rao and there are reports that Mr Verma wanted to initiate investigations into allegations against him,” the DMK chief said.

Linking Mr Verma’s removal to the Rafale deal, Mr Stalin said, “It raises doubts that it’s an attempt to cover up Rafael allegations. It is painful that the Prime Minister Narendra Modi has created an undeclared emergency like situation. It is autocratic to change the CBI chief who enjoys tenure protection.”

Mr Rao, who hails from Warangal district in Telangana, earlier served in Odisha where he played a key role in releasing the lodhas (a denotified criminal tribe) in Mayurbhanj district from the vicious cycle of gcrime-police-courts-jail-crimeh.

He is a pioneer in use of DNA fingerprinting in crime investigation and used the technique in Odisha for the first time while probing a rape case in Jagatsinghpur district in 1996.

Another famous case he is known for was the 1991 Cuttack hooch tragedy that killed more than 200 people. As crime branch chief, Mr Rao ensured the conviction of the tragedy’s prime accused Belu Das.

A chemistry post-graduate from Osmania University in Hyderabad, Mr Rao did research in Indian Institute of Technology (IIT)-Madras, before joining the IPS. He was awarded the President’s medal, special duty medal and Odisha governor’s medal.