It cited the Supreme Court order upholding the ban on the protest imposed by the Kerala High Court. 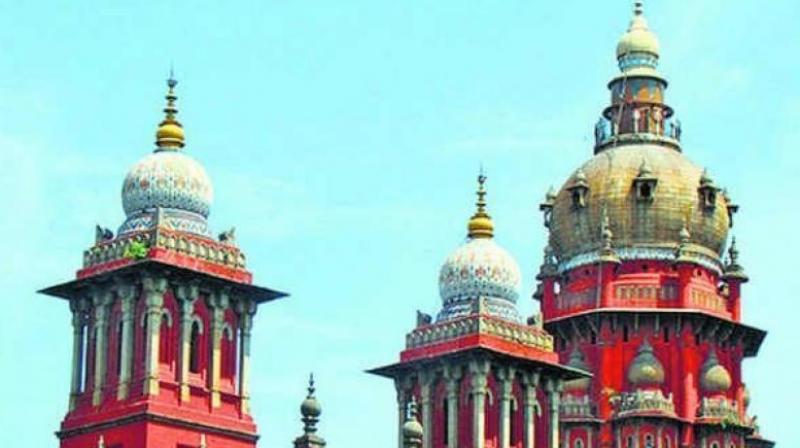 It cited the Supreme Court order upholding the ban on the protest imposed by the Kerala High Court. (Photo: File)

Chennai: The Madras High Court, on Wednesday, restrained the DMK and its allies from observing a complete shutdown in Coimbatore on September 27 over several issues, including hike in property and water taxes.

It cited the Supreme Court order upholding the ban on the protest imposed by the Kerala High Court.

A bench comprising justices M Sathyanarayanan and N Seshasayee passed the interim order on a PIL by advocate C Dinesh Kumar of Coimbatore seeking to declare the bandh call as unconstitutional.

Referring to the Kerala High Court's judgment in 1997 banning bandhs which was upheld by the Supreme Court, the bench observed if political parties call for a bandh, it will cause great hardship, irreparable loss and mental agony to the people.

Restraining the DMK, its allies and other outfits from observing the bandh, the bench ordered notice to Tamil Nadu government authorities, the Coimbatore district administration and the police.

The bandh has been called against steep hike in property, water and sewerage taxes and the assignment of a drinking water project to a foreign firm.

According to the petitioner, the revision of property and other taxes was not done once in four years as stipulated and hence, there was nothing wrong in hiking the tax. The high court itself had expressed a similar view earlier, he contended.

The drinking water project was taken up by the then DMK government in 2008 and subsequent AIADMK governments had pursued the previous policy decision.

Hence, assigning the job to Suez Private Limited could not be found fault with, he claimed. The hartal would totally paralyse the movement of the people in Coimbatore, a city known for its massive industries, he said.