Delhi CM was speaking at launch of AAP govt’s new scheme under which people residing as tenants in Delhi will be able to avail subsidy. 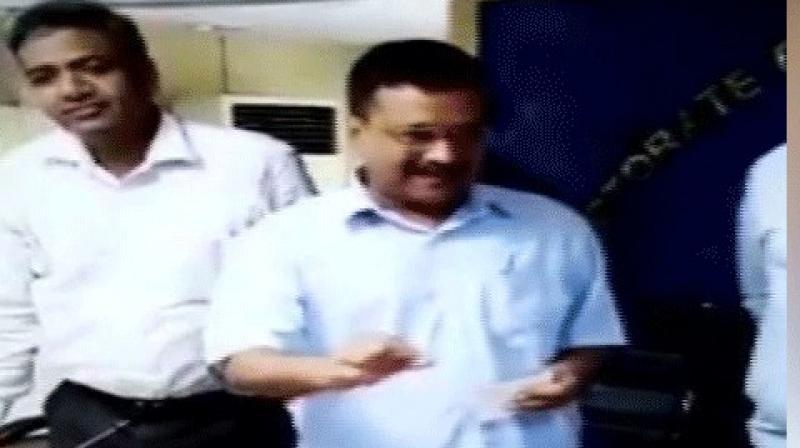 Addressing a press conference, Kejriwal said, “If NRC is implemented in Delhi, Manoj Tiwari will have to first leave Delhi." (Photo: ANI)

New Delhi: Bharatiya Janata Party (BJP) Delhi unit president Manoj Tiwari on Wednesday criticised Arvind Kejriwal's statement that if the National Register of Citizens (NRC) were implemented in Delhi, Tiwari would be the first one to have to leave the national capital.

"I would like to ask if he wants to say that a person who hails from Purvanchal is an illegal infiltrator, whom he wants to chase out of Delhi. People who have migrated from other states are considered as foreigners by you (Delhi CM)? You want to chase them out from Delhi, you're one among them. If this is his intention then I think he has lost his mental stability. How does an IRS officer not know what NRC is?," the BJP MP said.

Earlier, in a scathing attack on Delhi BJP chief Manoj Tiwari, Chief Minister Arvind Kejriwal on Wednesday said if the National Register of Citizens (NRC) is implemented, the BJP leader will be the first one who will have to leave the city.

Tiwari on several occasions said that NRC should be implemented beyond Assam. Last month, the BJP leader had said that the situation in Delhi had become "dangerous" due to the presence of a "large number" of illegal immigrants who were believed to be involved in crimes.

Addressing a press conference, Kejriwal said, “If NRC is implemented in Delhi, Manoj Tiwari will have to first leave Delhi."

Delhi CM was speaking at the launch of the AAP government’s new scheme under which people residing as tenants in Delhi will be able to avail power subsidy.