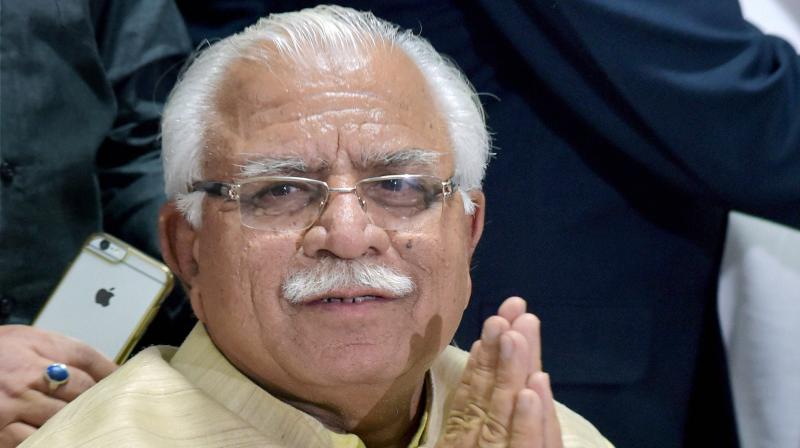 Chandigarh: Haryana chief minister Manohar Lal Khattar on Tuesday claimed that the GDP of Haryana was better than the GDP of the country. Mr Khattar asserted in a press conference that Haryana’s economy was in a much better shape than many other states. He said that National GDP for 2018-19 was 6.8 per cent while in Haryana it was 8.2 per cent.

“If we take agricultural growth for this period, in the country it was 2.9 per cent whereas the state it was 5.5 per cent. The Industrial growth rate was 6.9 per cent, but in Haryana it was 8.6 per cent, in service sector it was 7.5 per cent as against 8.2 per cent in Haryana,” he said.

With Opposition parties have targeted the state government for having “failed miserably” in tackling unemployment, Mr Khattar hit back.

“It is not as much as is being portrayed,” Mr Khattar said here while replying to questions on unemployment.

Opposition parties in Haryana including Congress have said that problem has assumed such dangerous dimensions that the rate of unemployment in the state has reached 28.7 per cent, “the highest in the country.”

Mr Khattar said about 80,000 graduates and post-graduates are unemployed, as per the figures available on Saksham, which is the state government’s portal on which unemployed youth seeking job opportunities register themselves.