The police have arrested both the accused. 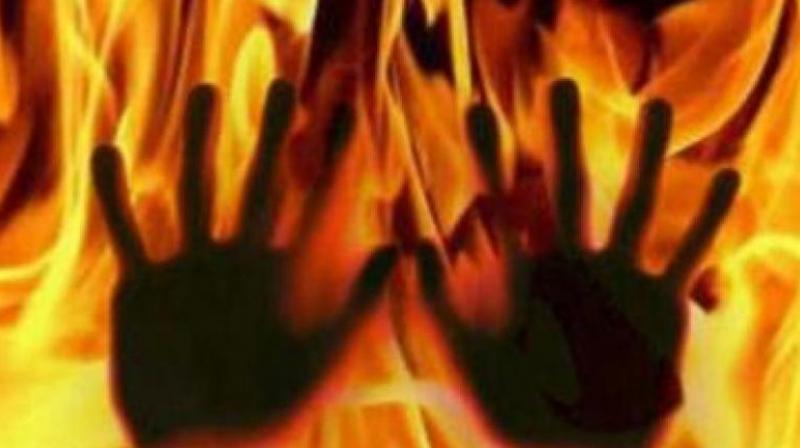 Jaipur: Opposing molestation cost a young woman her life in Rajasthan’s Banswara district. The 18-year old girl was allegedly burnt by a young man who is accused of harassing her and his father on Saturday night. The victim succumbed to her injuries early morning. The police have arrested both the accused.

According to reports, Seema, a resident of Isarvla in Banswara district, was allegedly stopped on her way to home by Ravi on Saturday evening. When she ignored, he again blocked her way and harassed her. When she opposed, he thrashed her. On hearing her cries, his father came out and both dragged her to their home and beat her up there as well. Later, the villagers found her in flames.

Her family alleged that he was pressurizing her to marry him. Victim’ father alleged that he had lodged a complaint with the police regarding Ravi’s activities, but authorities didn’t take any action.

However, the police have a different version. SP Banswara, Kaluram Rawat claimed that the girl had called the accused on Saturday night. When he didn’t respond, the victim reached his home. Ravi’s mother and Seema’s uncle and auntie tried to see reason with her and sent her home. But, a little later she was found in flames, the SP said while adding that the victim had alleged in her dying statement that the accused harassed her and along with her father beat her up and set on fire but the matter is under investigation.