India   All India  25 Aug 2019  Venkaiah Naidu bats for learning in local language up to Class 6
India, All India

People should learn as many languages as possible without neglecting their own mother tongue,” the vice-president said. 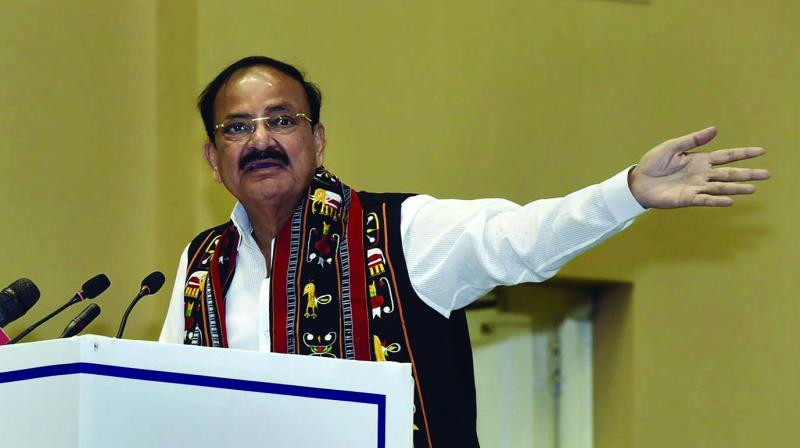 Chennai: Amidst strong protests in the Dravidian heartland against Hindi imposition, vice-president M. Venkaiah Naidu, who was on a visit to the metro city on Saturday, batted for learning in one’s mother tongue.

On a brief visit, which he wound up, to rush to Delhi following the demise of former Union finance minister Arun Jaitley, Mr Venkaiah said “it is essential to make the medium of instruction, at least up to Class 5 in the local language or mother tongue to make education inclusive and universal and such a step would help young minds to grasp concepts easily.”

“Language is the medium of expression of our thoughts and emotions and that the literature in each language was rich and varied.

People should learn as many languages as possible without neglecting their own mother tongue,” the vice-president said.

Urging for measures to encourage the use of Indian languages in education by providing quality books and recruiting Indian language teachers wherever feasible, Mr Venkaiah said, “our languages can bring us together.

They will help us increase our own knowledge and lead to wider appreciation of diverse ideas.”

Lauding the Centre’s draft new education policy, he said it encourages philanthropic institutions to enter the field of school education. Schools must become resource centres for the local community and they should do voluntary community work and must focus on issues like social and gender justice, family health, cleanliness, child labour and preservation of natural resources. He also called for imbibing the values of charity, empathy, compassion, and voluntarism in students from an early age.