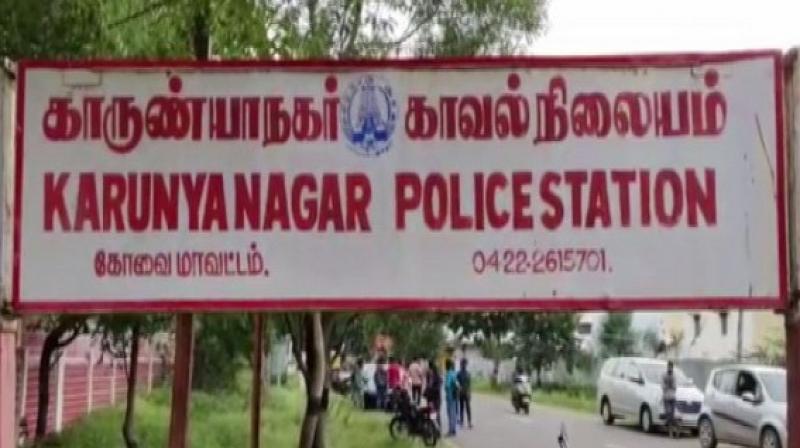 The police have deployed 10 Quick Reaction Teams (QRTs) at strategic locations as a precautionary measure, and almost 2,000 police personnel have been deployed for securing the city. (Photo: ANI)

Coimbatore: A day after a red security alert was sounded as the city police received information regarding six terrorists infiltrating into Tamil Nadu, two persons have been picked up by the Special Investigation Team (SIT) based on intelligence input.

They have been identified as Zakeer from Ukkadam, Coimbatore, and Sidhiq from Chennai. According to police, both the accused were in contact with one Kadar Raheem, who was arrested by Kerala police two days before in Thrissur for having LeT terror links.

"We received the information that six terrorists have come to Tamil Nadu and they are moving towards Coimbatore. And so we have increased the security at shopping malls, important temples and at important installations.

"We have also informed the army and air force to alert their defences. We have also put vehicle checking points all over the city. As of now, a general red alert is maintained. There is no need to worry and panic," Sumeet Saran, Coimbatore Police Commissioner, said.

The police have deployed 10 Quick Reaction Teams (QRTs) at strategic locations as a precautionary measure, and almost 2,000 police personnel have been deployed for securing the city.