India   All India  25 Aug 2019  No J&K flag at civil secretariat building in Srinagar
India, All India

No J&K flag at civil secretariat building in Srinagar

Earlier, under special status granted to the region, J&K was permitted to fly its own state flag in addition to the national flag of India. 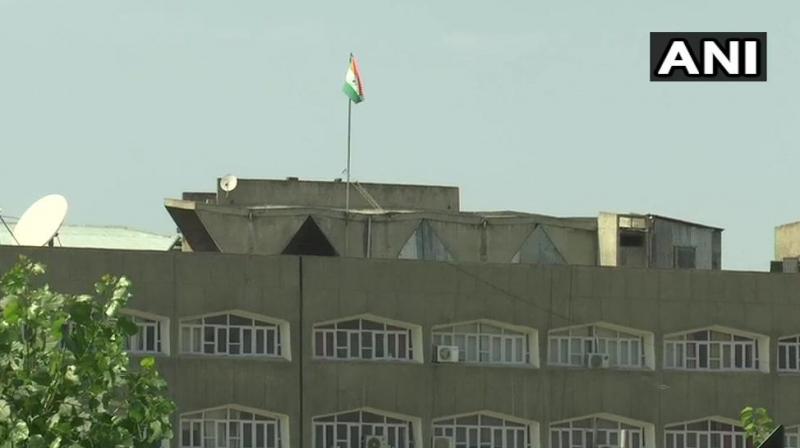 Earlier, under special status granted to the region by Article 370 of the Constitution of India, Jammu and Kashmir was permitted to fly its own state flag in addition to the national flag of India.

Article 144 of the Constitution of Jammu and Kashmir, stated that flag of the state would be in rectangular format and its dimensions would be 3:2. The colour would be red, which originally represented the blood of the martyrs of the 13 July 1931 demonstration, but later symbolised workers and labourers.

In the middle, a white plough further symbolised the peasants. Next to the staff, three vertical white stripes represented the three regions of Jammu, Kashmir valley and Ladakh.

The flag had its origin in events that took place on July 13, 1931, in Srinagar. During a demonstration against the Dogra rulers, police opened fire and 21 people were killed.

The blood-tainted shirt of one of the victims was then hoisted by the crowd as the new flag of Kashmir. July 13 is known as Martyrs' Day and is an official holiday in Jammu and Kashmir.

On 11 July 1939, the flag was adopted by the Jammu & Kashmir National Conference, a political party. On 7 June 1952, a resolution was passed by the Constituent Assembly of Jammu and Kashmir, making it the official state flag.