India   All India  25 Aug 2019  He stood by his friends In good and bad times: Kapil Sibal
India, All India

He stood by his friends In good and bad times: Kapil Sibal

As a politician, he was far ahead in terms of his contribution to the nation than as a lawyer, says Kapil. 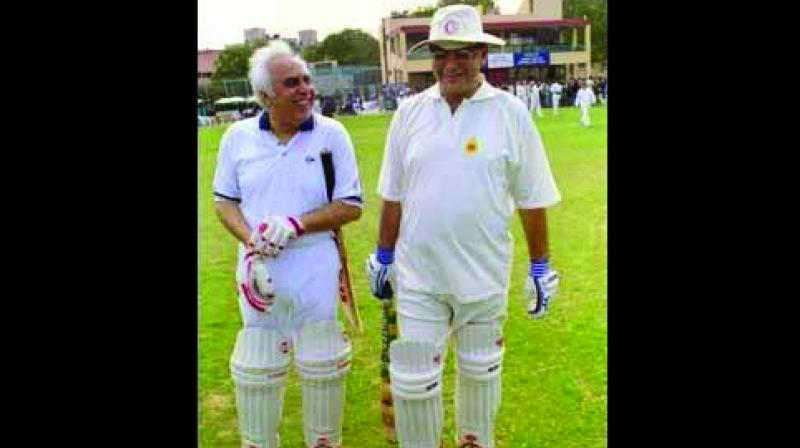 I remember him as a man who in a table was always able to attract everybody’s attention by the great stories that he told. He was a great story-teller, a man who had information about anybody and everybody which others didn’t know. He was somehow able to look through, peep through the door and find out everything about the lives of people. As you know, information is power therefore he could actually in any given situation know who to be contacted, what is to be said, who is to be persuaded in what fashion and all that he could do behind the scenes. I think ultimately his greatest contribution to the BJP was his ability to tap at all the resources that he knew of over the years in times of difficulty for the leadership of his party. He could persuade people to get his own people out of trouble. I think he cleared the way for his leadership to move forward.

We used to play cricket together we used to have coffee every evening when we were together at the bar. He would often brief me as I was senior in the profession we would do cases together. We had a close circle of friends, he was a great story-teller at the same time. We were together as additional solicitor general in the V.P. Singh government and at that time Deputy Prime Minister Devi Lal was targeting me when I was the ASG.

Arun at that time belonged to BJP so there was a lot of controversy about him becoming a law officer in a Janta Dal government. Also there was controversy about my appointment too only because I was associated with the Congress though I was not a member of the Congress. Both of us stood together and he advised the then attorney general that there is no question of me being forced to resign. That’s his quality in good times and bad times he stood with his friends.

As a politician, he was far ahead in terms of his contribution to the nation than as a lawyer. As the national spokesperson of the party as a leader of the Opposition as a man who understood issues as a man who never crossed the lakshman rekha. He was outstanding and the nation will remember him for that. I think he was also not able to help the party take right decisions because by the time he became the finance minister the party was in control of a leadership that accepted no opposition from anybody. So many of the decisions that the government took perhaps did not have the green signal of Arun Jaitley including demonetisation.

He has gone away far too soon. I met him about two weeks back I had a long chat with him. In fact, he was not keeping well and I was really worried about him. So I sent him an sms and told him that I wanted to see him urgently he then called me and I went. He was not the kind of man who would give up. He was not giving up. He said things are getting better. He also started telling me about the state of his health. He had become out of himself but he was willing to fight. Mentally, he was exceptionally alert and very clear in his mind about what he wanted to say. Sad that he has left us.