Watches, pens, shawls, shirts or even shoes, Jaitley had a penchant for all of them and his collection consisted of choicest of brands. 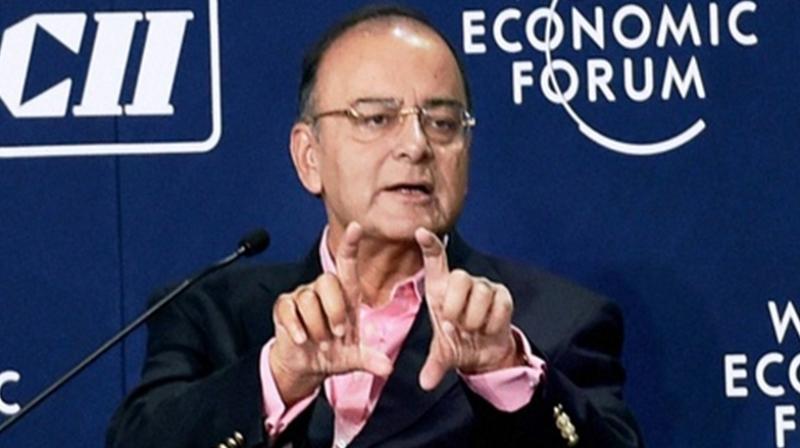 The book, quoting one of Jaitley's close friend who admitted of his transition from "flamboyant to subdued", vouched for the lawyer-turned-politician being the same "brand conscious" person. (Photo: File | PTI)

New Delhi: Long before he settled for a subdued and 'political-friendly' kurta-pyjama with a jacket -- cottons in summer and pure pashmina during winters -- the BJP's one of the most urbane, suave face Arun Jaitley would wear nothing less than a "Bespoke shirt from London or John Lobb handcrafted shoes".

Described with an endless list of adjectives in his close to five-decades-long political career -- a seasoned politician, man for all seasons, an astute lawyer or a raconteur with innumerable friends across party lines -- the one little talked about facet of Jaitley was his love for high-end brands.

Jaitley, 66, passed away at the All India Institute of Medical Sciences here on Saturday. He was undergoing treatment at the hospital, where he was admitted on August 9.

Watches, pens, shawls, shirts or even shoes, the former finance minister had a penchant for all of them and his collection consisted of the choicest of brands ranging from "Patek Phillipe (in watches) to Mont Blanc (in pens)".

"There was a phase when he would buy high-end watches, a Patek Phillipe for instance, when majority of Indians did not think beyond Omega.... Arun's collection of Mont Blanc pens, and the exquisite 'Jamawar' shawls in his possession needs a mentioning. He was among the first to buy the latest Mont Blanc pen within days of its launch," wrote author-journalist Kumkum Chadha in a chapter, titled 'Arun Jaitley: The Pied Piper', from her book 'The Marigold Story'.

The book, quoting one of Jaitley's close friend who admitted of his transition from "flamboyant to subdued", vouched for the lawyer-turned-politician being the same "brand conscious" person.

"Although, Arun Jaitley has become more muted in his dressing, he is still brand conscious. The first pair of shoes that he had bought for his son, Rohan, was a Salvatore Ferragamo (a famous Italian luxury brand)," she wrote.

For the uninitiated, Jaitley, except for the period when he worked for the government, which of course includes his last stint as the finance minister, also had a flourishing practise as one of the country's leading lawyer.

The book gives some examples of why no one can criticise the lawyer-turned-politician for his wealth or ethics - both as a lawyer and a politician.

Like a case in point was the story of giving 'munshiana' (clerkage), the fee given by a client to a lawyer's staff. Inbuilt in the lawyer's fee, it left the staff at the mercy of lawyers, who would pocket the amount.

However, Jaitley devised a new method for his own practise under which he segregated the accounts -- one for the staff where the money was deposited directly by the client, and the other for his own fee.

"Although, it wasn't welcomed by his colleagues," said Jaitley's wife Sangeeta, adding, that "Arun had stood his ground".

Similarly, when a politician, the book talks about a story where Jaitley rejected freebies when he was a union minister in Atal Bihari Vajpayee's government in 2000 and had been invited to inaugurate the high court in Nainital and was accompanied by a few friends.

"We stayed in a government accommodation but even on an official trip, Arun made it a point to pay for all the rooms. The person checking us in later told me that he had never come across a VIP pick up the tab, least of all the minister," a close friend recalled.

Or the one where top businessmen in London were queuing up to oblige Jaitley like sending their cars for his commute, and how he would deny it and always took a tube.

"His morality is impeccable. It is these small, albeit important things which is a measure of an honest man. Many politicians would do it because they are being watched, but Arun would do it even when no one is looking," he said.