The INX Media case is the same scam in which his son Karti was in jail for 23 days before being granted bail by the Delhi high court. T 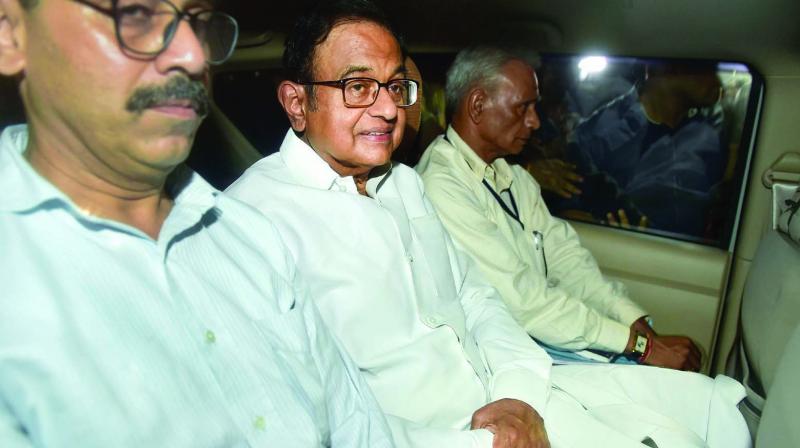 New Delhi: More trouble seems to be in store for former finance minister P. Chidambaram and his son Karti as the CBI has collected fresh evidence which reveals that Advantage Strategic Consultancy Pvt Limited (ASCPL) had received funds worth several cores from at least 11 other firms also in the guise of consultancy charges. The Advantage Strategic Consultancy Pvt Limited (ASCPL), which is an accused firm in the INX media case, is allegedly linked to Karti Chidambaram.

Sources in the CBI said, “It is suspected that these 11 firms made payments to the ASCPL only after getting FIPB approval from the finance ministry. The former finance minister will be confronted with these documents during custodial interrogation”.

Investigators have collected evidences, including electronic, pertaining to these payments made to ASCPL and also the bank account details of the accused firm, sources said, adding that the investigation has also revealed that ASCPL never had the requisite staff to render any consultancy or tender advise. Mr Chidambaram was arrested on Wednesday in the INX Media case, in which he has been accused of wrongdoing, money laundering and misusing the post of finance minister.

The INX Media case is the same scam in which his son Karti was in jail for 23 days before being granted bail by the Delhi high court. The scam drew attention as other high profile accused in the same case are jailed — media entrepreneur Peter Mukerjea and his wife Indrani. Both of them are in jail in connection with the murder of Sheena Bora, who was Indrani’s daughter from her previous marriage. The Enforcement Directorate (ED) has already widened its money-laundering probe against P. Chidambaram as it suspects his role in granting allegedly illegal Foreign Investment Promotion Board (FIPB) clearances to at least four more business deals. Sources said the ED is already probing the former finance minister’s role in grating alleged illegal FIPB approvals in at least four cases involving Diageo Scotland Ltd, Katara Holdings, Essar Steel Ltd and Elforge Ltd. The FIPB that used to function under the Union finance ministry has now been scrapped.

“Apart from four firms, sleuths of the CBI and ED have collected evidences pertaining to 11 other firms who got FIPB clearances when P. Chidambaram was the finance minister. There are at least six dubious transactions between ASCPL and 11 private firms in 2005, 2008 and 2009. The agency will soon seek clarifications from the representatives of these 11 firms,” sources said.