Shimla superintendent of police Omapati Jam-wal said the exact number of injured persons was being ascertained. 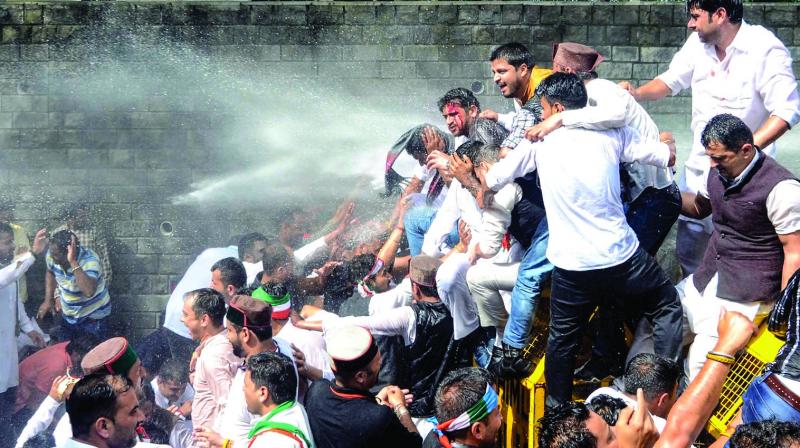 Youth Congress activists being sprayed with watercanons during a protest outside Vidhan Sabha in Shimla on Friday. (Photo: PTI)

Shimla: Youth Congress workers and the police clashed outside the Himachal Pradesh Assembly on Friday leading to a walkout by the Congress from the House.

Shimla superintendent of police Omapati Jamwal said the exact number of injured persons was being ascertained.

Himachal Pradesh Congress president Sukhvinder Singh Sukhu, talking to PTI outside the House, said the protesting Youth Congress workers wanted to submit a memorandum on “deteriorating law and order and increasing drug abuse” in the state but “the officials used water cannons and cane-charged them”.

“This is unacceptable in a democratic set up,” he said. The clash led to a heated exchange of words between the ruling BJP and the Opposition Congress in the House.