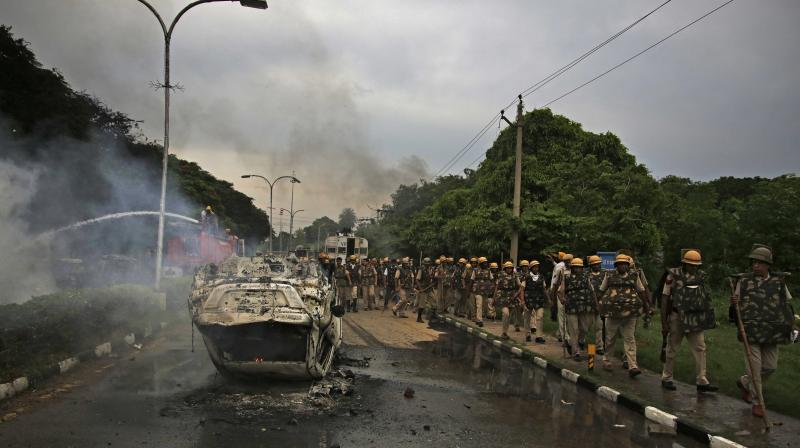 Supporters of the Dera Sacha Sauda vandalised vehicles in Panchkula. Police used water cannon in an attempt to disperse the crowd. More than 15,000 paramilitary troops and police officers, some on horseback, were deployed in the town of Panchkula. (Photo: AP)

Panchkula: At least 31 people were killed and 250 injured after violence erupted in Panchkula, following the conviction in a rape case of Dera Sach SAuda chief and self-styled godman Gurmeet Ram Rahim Singh.

The situation is still tense but under control, the Union Home Ministiry said on Saturday.

The violent protests come in the wake of Ram Rahim Singh's conviction, prompting police to fire tear gas shells at Dera protesters. Police also resorted to lathicharge and fired live bullets in the air to disperse the violent crowds.

Following the violence in Haryana and Punjab, Section 144 CrPC was imposed in 11 districts of Delhi, including New Delhi. The Delhi Police requested people to cooperate. The prohibitory orders will remain in force till September 8.

Punjab government has asked the Centre for more security forces in view of the widespread violence at different places.

Six columns of Army were deployed in Panchkula following the protests.

Section 144 has been imposed in Uttar Pradesh's Muzaffarnagar, Baghpat, Shamli, Noida and Ghaziabad in view of the violent protests in Punjab and Haryana. 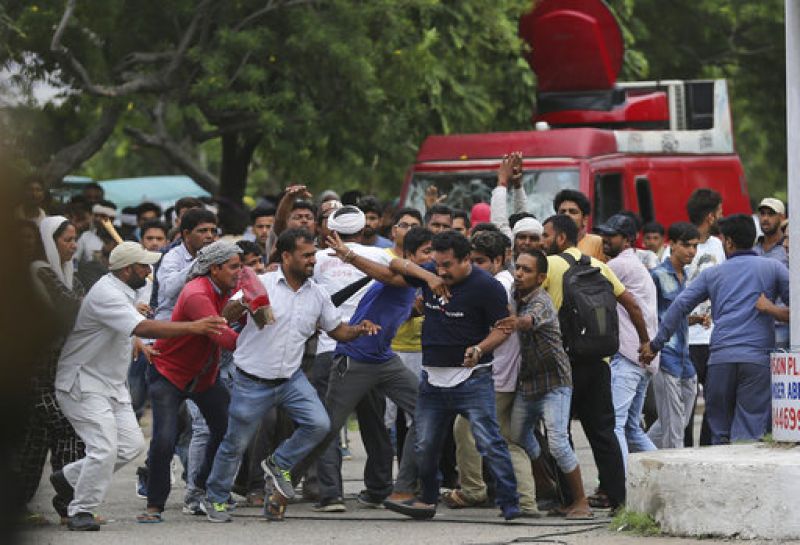 The injured have been shifted to various hospitals. A camera person was also injured during violent protests in Sirsa. Three media vans were set alight by protesters in Panchkula.

Curfew has been clamped in Panchkula as Dera followers go on rampage after the conviction.

Curfew has also been imposed in Punjab's Muktsar, Bathinda, Mansa. 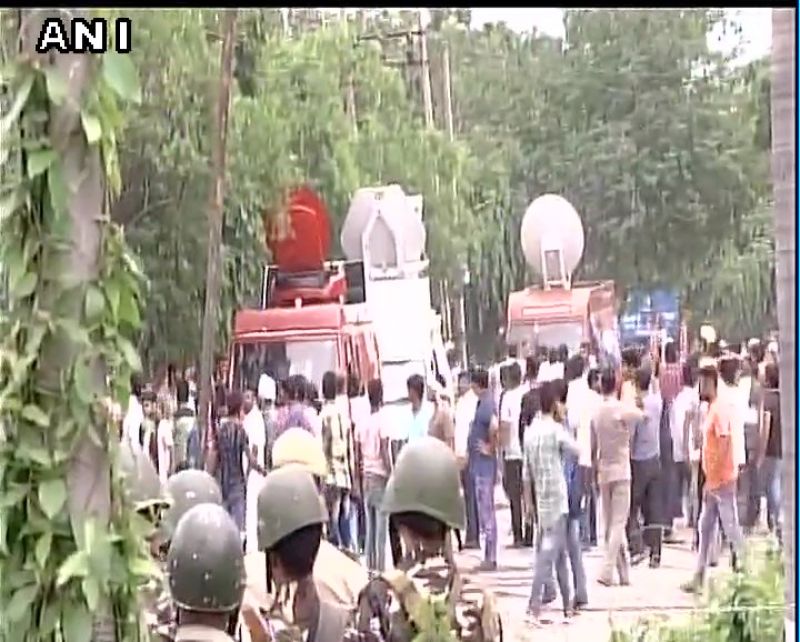 Malout and Balluanna railway stations and a petrol pump were set on fire by protesters in Punjab and similar incidents were also reported in Bathinda post the verdict. 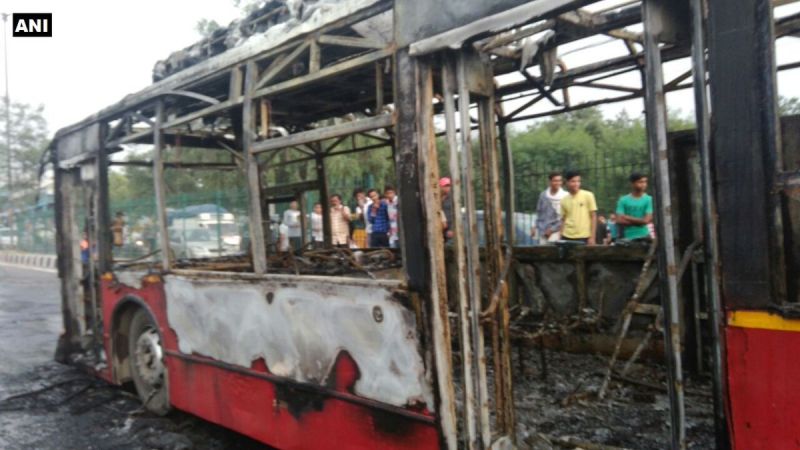 Security at Delhi BJP headquarters has been beefed up post violence at various places after Ram Rahim Singh's conviction.

Punjab and Haryana High Court has said that that the properties of Ram Rahim Singh should be attached to pay for the losses due to violence.

The court also maintained that security by paramilitary forces should be provided to senior government officials in Panchkula.

President Ram Nath Kovind condemned the protests and appealed to the citizens to maintain peace.

Violence and damage to public property after court verdict is highly condemnable; appeal to all citizens to maintain peace #PresidentKovind

Additional Chief Secretary to Haryana government, Ram Niwas said the government will compensate for the losses of media personnel and the properties of others.
He said protesters have been identified.

"We have video footage and strict action will be taken against them. Most of the protesters have been ousted from the city," Niwas further added.

Home Minister Rajnath Singh has appealed to everyone particularly the supporters of Dera Sacha Sauda to maintain peace.

Punjab Chief Minister Amarinder Singh has appealed to the people of Punjab to maintain peace and harmony in the state.

"Won't allow anyone to disturb peace and tranquility," Singh was quoted as saying by ANI.

"Action will be taken against those taking law in their hands, appeal everyone to remain cautious," Haryana CM Manohar Lal Khattar said.

"No one is above law. Appeal people to not believe in rumours and steer clear of people with criminal intentions," Khattar added.

"Just briefed Rajnath Singh ji about situation in Punjab; keeping a close watch. Would not allow anyone to disturb peace in Punjab," Chief Minister tweeted.

Briefed @rajnathsingh ji. Situation is being monitoring extensively, strict action will be taken against those who try to disrupt peace.

Security alert has been sounded on Delhi borders.

"Alert sounded in adjoining districts to ensure no spillover of trouble in UP through strict check on borders," Anand Kumar, ADG Law and Order said.

"Administrative machinery has been geared up in Western Uttar Pradesh," Kumar added.

Dera Sacha Sauda Chief Ram Rahim Singh was flown out of Panchkula after the verdict and has been lodged in a make-shift jail at police training centre in Rohtak.