More than 50 per cent youth unfit to join China Army 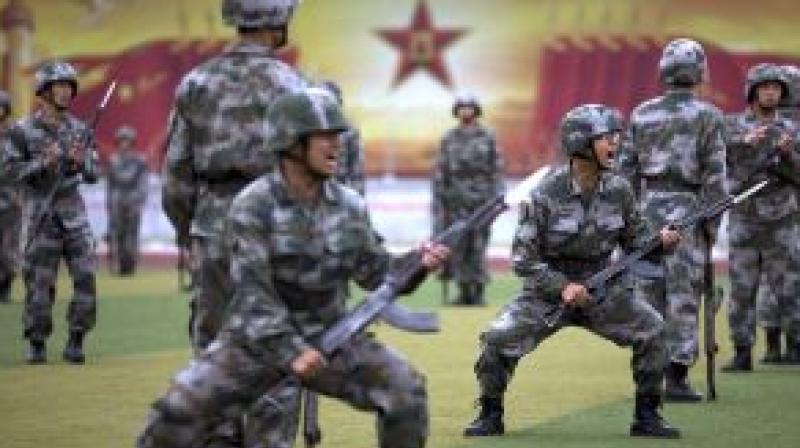 The unfit China youth is by no means an isolated phenomenon. (Photo: AP/Representational)

New Delhi: About 56% of youth applying to join the People’s Liberation Army (PLA) in an unnamed China city have been found unfit in the last year, the PLA Daily, a state-run military newspaper said last week in a startling report.

The reasons for the men youth being unfit were underscored as obesity and in men, a condition called varicocele when veins become enlarged in the scrotum.

The report has generated a big online debate with many voicing concerns that the future may see a paucity of fit men for recruitment for the PLA, the world’s biggest army particularly in the backdrop of a strict one-child norm for three decades which were slightly relaxed only in November 2013 when married couples in which just one parent is an only child can also have a second baby.

Reacting to the report, the Chinese Defense Ministry’s recruitment office said on Tuesday: “China’s recruitment process has strict rules and procedures… The quality of our recruits is guaranteed, and the headwaters of our military will flow long and strong.”

Putting out an official statement which dismissed speculation that unhealthy applicants are entering the armed forces, it said: “Recruitment is the foundation of national defense, and high-quality recruits are crucial to the military’s combat capability.”

While the educational profile of PLA recruits has improved over the years, in 2014, the Chinese military lowered its height requirement for males from 162 centimeters to 160 cm, and for female candidates from 160 cm to 158 cm. It also reduced eyesight requirements.

Meanwhile, the Indian army, after finding that possibly a third of its men would be overweight,  issued an order in May that an annual “obesity evaluation examination” would be held.

The unfit China youth is by no means an isolated phenomenon. In 2014, only 1% of young Americans were physically fit and mentally inclined to possibly serve in the US army. According to the Pentagon, the reasons for the youth being “unfit” related to physical conditions and appearances and educational profiles which included obesity, criminal records, lack of high school diploma, body tattoos and piercings,  etc.

Meanwhile, the Indian army, startled after a recent survey finding which indicated that possibly a third of its men would be overweight, has issued an order in May that every year “obesity evaluation examination” would be held and promotions would also depend on the fitness levels of the soldier.