In London, it’s quite easy to find Indianness: Just head for Taj

For several decades now, London has been a top-of-the-list destination for Indians. The metropolis has a lot of things connected to India. 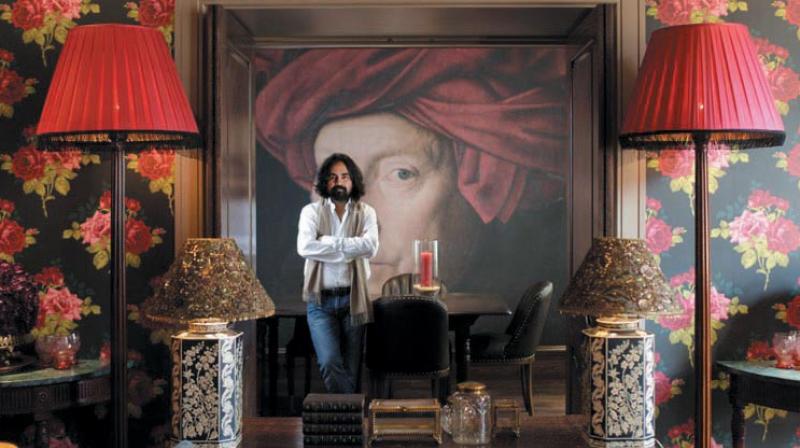 Indian holiday travellers are nowadays busy exploring the world by scouting for newer, exotic and even lesser-known travel destinations. It may be Havana (Cuba), Madeira (Portugal), Merida (Mexico) or Mount Kaukau.

(Wellington) — the list keeps getting longer and more interesting. One should not be surprised to find Indians, specially the desi millennials, travelling through some of most remote regions of the world.

With more touring options like wellness tourism, eco-tourism, adventure tourism, religious tourism, medical tourism, food tourism and so on, a large number of Indians are indulging in “bleisure” — mixing business with pleasure — as they travel outside India. Also, there are others who, instead of vacations prefer “staycations” in the backyard of their own country. Another travel trend Indians have been quick to embrace are women-only retreats organised by women-only travel firms.

Gone are the days when Britain or the United States used to be the first and favourite destinations for rich Indians and Thailand or Singapore for the upper middle class. For that matter, the all-time honeymoon destination — Switzerland — has also become history now. Indian travellers are today exploring Atlantic cruises, polar holidays, remote corners of Southeast Asia, Latin America or other less-traversed locations. The majority of Indians, however, are still getting drawn towards places where Indian food is easily available and where Indian culture has left its mark. This is due to their upbringing or perhaps the fondness for their roots.

For several decades now, London has been a top-of-the-list destination for Indians. The metropolis has a lot of things connected to India. A stone’s throw away from Buckingham Palace stands the Taj Hotel and its world-renowned luxury suites and apartments — 51 Buckingham Gate Suites and Residences. This is a suite-only five-star heritage hotel which we may easily be called a true Indian destination in London, where people feel at home away from home. Besides being almost next to Buckingham Palace, this hotel provides quick access to Victoria Station, the Houses of Parliament and other iconic places and landmarks in the British capital.

The last time I went to the BANK restaurant the regular coffee shop Bistro was under renovation. It was morning and I saw a group of about 10 people having uttapam. Later in the day, when I asked chef Sriram Aylur about serving uttapam, he told me if a guest placed an order a day before they served that Indian dish for breakfast.

There is a common courtyard to this hotel which links it to another Taj Group-managed property at 54 Buckingham Gate called St. James’ Court. This hotel, another long-time favourite of Indians, shares the same restaurants with 51 Buckingham Gate — Quilon, BANK, Bistro, Hampton’s Bar, and so on.

Here I must mention that at Taj Hotel restaurants, you will surely get plain parantha with aloo or metparantha with bhaji or aloo parantha with pickles, curd or chhole puri, with one more Indian dish that is either upma/idli or pav bhaji in the breakfast buffet. In fact, my musician friend Hariharan once told me he was so happy to get fresh idlis in the morning, while a top industrialist said his reason for staying there was that he could get a cup of masala chai from room service.

You may spot a known Indian face in the lobby for sure if you spend some time at Hampton’s Bar in the hotel. The samosa chaat served at this bar is a must try if you have typical Indian tastebuds. I have been coming to this hotel for the past 17 years, and still order rice and yellow dal tadka from room service. The Hampton’s Bar started serving Indian vegetarian and non-vegetarian thalis. At the bar you can enjoy kathi rolls. The whole courtyard has been changed into a beautiful garden with barbecues. The hotel’s head concierge, David Burner, who is no more there, always used to say with pride that he has been associated with this Indian hotel brand for 30 years. Many regular guests like me always found front office manager Naveen Sikka in the lobby, smiling and greeting every regular guest for more than 20 years now.

If he happens to miss them while checking in, he makes it a point to call on them in their rooms. Sometimes I am amazed how he manages to remember the preferences of finnicky guests like myself even if they come only two or three times in a year.

Many of my friends who are St. James Taj loyalists often tell me that two things that make them stay there are — first, Naveen’s attitude towards them, and, second, the Indian breakfast.

There is yet another suite called the Cinema Suite, which is dedicated to 100 years of Hollywood and Indian cinema designed in 2012 by Kolkata-born fashion designer Sabyasachi Mukherjee. The 1,832 sq. ft. suite is a journey through world cinema and an ode to tradition.

The suite is inspired, most notably, by the era of 1940s and 1950s Hollywood and Indian cinema. Guests will find references to masters like Satyajit Ray, Francis Ford Coppola and Ingrid Bergman in the imposing study, world cinema leaders like Majidi, Wong Kar-Wai and Almodovar amongst the cultured kitch of the living room and echoes of The Stepford Wives in the kitchen.

One bedroom is reminiscent of the golden Hollywood era of Rita Hayworth and Marilyn Monroe, while another draws on colonial inspiration and renowned Indian artistes like Guru Dutt, Merchant-Ivory and Bimal Roy.

The next time you are at the St. James’ Taj, make sure that you try the samosa chaat at Hampton’s Bar and say hello to Naveen.

I must thank my friend Prabhat Verma and current general manager Digvijay Singh for giving the hotel a generous amount of Indianness and the Indian flavour which is found in this hotel. I feel the new Indianised ambiance and culture is part of the “Tajness” that the hotel chain has introduced of late.